A Colm Whelan-inspired UCD moved second in the First Division table with a comprehensive 4-1 win over Cabinteely in the South Dublin derby at Belfield.

The striker bagged 15 in 19 last season and already has four in four this campaign as he scored an impressive hat-trick, and teed up the fourth for Donal Higgins, as the Students leapfrogged their opponents in the table.

Dean Casey had briefly offered the visitors hope of salvaging something when he made it 3-1 early in the second half, but Higgins notched his first since moving from Galway United to seal the win.

A leaflet was distributed prior to kick-off on behalf of Cabinteely's players in protest at the FAI’s decision to award Galway a walkover after last week’s game was called off following a positive Covid-19 case in the camp.

There was no dispute about the destination of the three points this weekend, however, as Whelan had his name on the match ball within two minutes of the second half kicking off.

The former Waterford underage striker had the home side in front inside six minutes after perfectly bending his run to race clear of the Cabinteely. 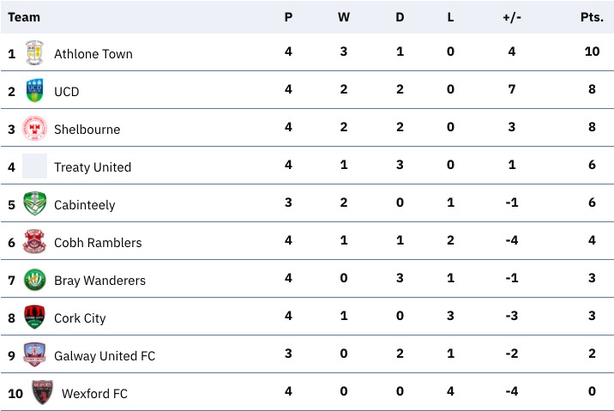 UCD keeper Lorcan Healy had left his area to snuff out a Cabo counter and his punt was flicked on by Liam Kerrigan, and Whelan showed a cool head to side-foot the ball past Adam Hayden.

Sam Todd passed up a good chance to double the lead as he failed to make contact with an Evan Weir centre, but he was unfortunate not to find himself on the scoresheet moments later.

The winter signing from Finn Harps leapt to head a cross from centre-half colleague Luke Boore but, with Hayden beaten, the ball looped onto the post and bounced clear.

UCD had the woodwork to thank shortly afterwards as Marty Waters lined up a shot on the edge of the box and curled a fine effort off the stump of the post.

The Students took a two-goal lead into the break as Whelan notched his second, though he appeared to be offside as he was played through on the stroke of half time.

He sealed his hat trick in style within two minutes of the restart, picking the ball up on the edge of the box, jinking inside two defenders before burying a low shot in the corner of Hayden’s net.

Casey pulled on back five minutes later with a beautifully-taken free kick after Sam Todd had hacked down Waters, but the hope wouldn’t last long.

Just four minutes later, Whelan peeled in from the right and squared the ball for Higgins to pick out the bottom corner to seal a well-deserved three points.

Athlone finish the evening top of the table. They fought back from an early Dylan Barnett goal for Bray to win 2-1 at the Carlisle Grounds.

Kurtis Byrne scored their equaliser after Wanderers keeper Brian Maher failed to deal with an Aidan Friel cross from the right. And they were ahead on 14 minutes when Byrne finished a sweeping move, hitting an Adam Wixted pull-back past Maher from the edge of the box.

Galway United left it late to earn a draw at home to Treaty United. Eddie McCarthy gave the Limerick club the lead in the first half with a header at the back post. But the Tribesmen weren't to be denied as Wilson Waweru got the crucial touch to force the ball home in a goal mouth scramble in the 93rd minute.

Cobh meanwhile recorded their first win of the season with a 2-1 victory over Wexford at Ferrycarrig. The visitors did their scoring before the break, with Ciaran Griffin and Killian Cooper on target 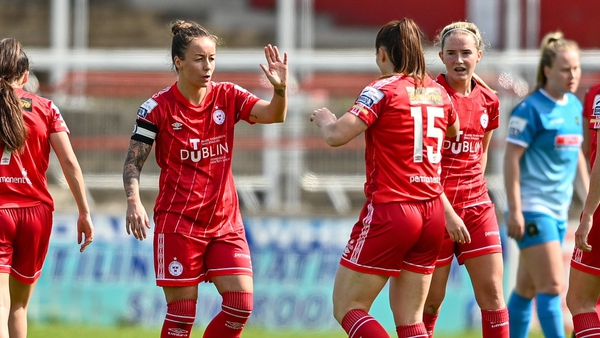 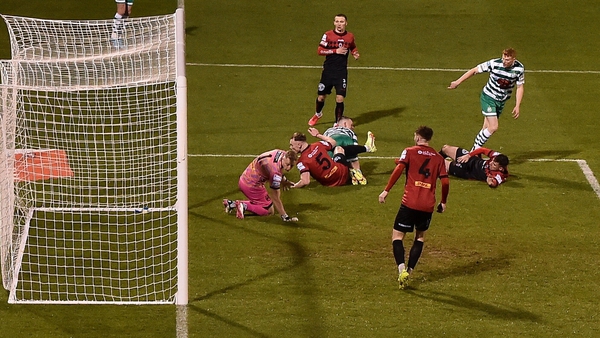