While Manchester City are all but certain to lift the Premier League title, Ole Gunnar Solskjaer's side are looking to underline their progress by finishing as runners-up and going all the way in the Europa League.

Brighton made life difficult and United academy graduate Danny Welbeck put the visitors on course for their first victory at Old Trafford, only for Marcus Rashford and Greenwood to seal a 2-1 triumph.

This match was far less dramatic than the Red Devils’ 3-2 win in September’s reverse fixture but Graham Potter’s men made the hosts sweat.

Dean Henderson was chosen ahead of David De Gea for Sunday’s match and did well to repel a point-blank header from Welbeck, only for the former United striker to direct home the rebound in the 13th minute.

Brighton bossed the pedestrian home side for the rest of the first half, with Rashford smartly levelling from Bruno Fernandes’ lay-off.

Albion’s penalty appeals against Harry Maguire fell on deaf ears before Greenwood’s diving header wrapped up a comeback win in the 83rd minute.

The victory was a welcome boost for a United side that Solskjaer revealed in his pre-match interviews could be without Anthony Martial for the rest of the season due to a knee injury.

Fellow forwards Rashford and Greenwood shook off issues to start against the Seagulls, with the latter hitting an early half volley that beat Albion goalkeeper Robert Sanchez and came back off a post.

United had started on top but Brighton went ahead in the 13th minute after a lax Paul Pogba pass was cut out by Leandro Trossard.

Quick play out to Neal Maupay on the right resulted in a fine cross to Welbeck, who beat Aaron Wan-Bissaka to get away a header from six yards that Henderson did well to stop, only for the former United forward to head the rebound into an empty net.

The hosts looked punch drunk and Brighton nearly compounded matters in 19th minute when Lewis Dunk beat Wan-Bissaka to a Pascal Gross free-kick, with Henderson tipping the powerful header over.

United's soft underbelly from set pieces has been an issue all season and Henderson was fortunate to see a team-mate hack clear when dropping a simple-looking Gross corner.

Jakub Moder, who scored against England in midweek, saw an effort deflected wide in stoppage time after another corner caused problems for United, whose only noteworthy attempt after conceding was a wayward Pogba shot.

United returned from the break reinvigorated. Sanchez dealt with a dipping Rashford strike from distance and Fernandes was becoming a growing influence, providing the assist for the match-levelling goal in the 62nd minute.

The Portuguese collected a loose ball and darted towards the box, flicking wide just before being clattered by Joel Veltman and seeing Rashford coolly slot home a first-time finish.

Greenwood fired wide and a deflected Fred effort looped over as United stepped up a gear, only for Brighton to nearly catch them out from a crossfield ball.

Maupay collected it and sent a low cross to Welbeck, who could not make contact from close range as Maguire challenged from behind.

12 - Only Wayne Rooney (15) and Marcus Rashford (13) have scored more Premier League goals as a teenager for Manchester United than Mason Greenwood (12). Natural. pic.twitter.com/T5ictC8MEW

The ball rolled across the face of goal and Brighton players screamed at the officials, with the video assistant referee deciding against awarding a penalty after review.

Rashford headed straight down the tunnel when replaced by Daniel James soon after, with the Wales winger and Greenwood failing to capitalise on Sanchez spilling a long-range Fernandes attempt.

United’s attempts from distance signalled desperation, but they kept their cool to eke out an 83rd-minute winner.

Pogba hooked a clipped Fernandes cross back across goal, with Greenwood’s diving header beating Sanchez and Ben White on the line. The relief was palpable after the goal, just as it was at the final whistle. 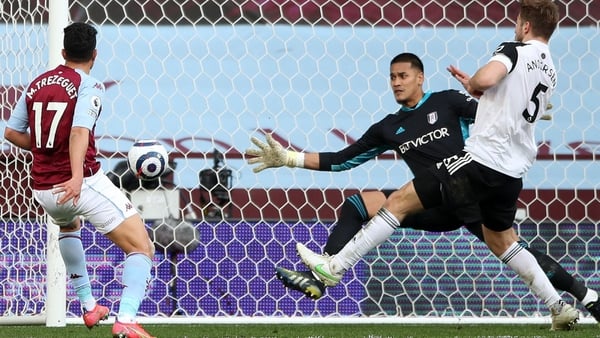