Anton Ferdinand says those who post online hate must be held to account, just as footballers are for the material that they share on their social media platforms.

The former QPR defender has been on the receiving end of vile abuse since his involvement in a high-profile disciplinary case involving former England captain John Terry.

Ferdinand addressed a working group made up of the UK's football authorities, law enforcement and social media companies who will meet on an ongoing basis to tackle online hate, but he believes the double standards must be addressed.

"As footballers we are held accountable for our actions all the time – why aren't the people that are sending abuse, and the social media platforms, held to account too?" he said.

"I had no escape from being racially abused, whether that was on the streets or social media. The ripple effect the abuse had on me and my family, I wouldn’t want anyone else to experience that."

Man to be sentenced in January over harassment of Ian Wright

Anti-discrimination group Kick It Out is one of the bodies involved in the new working group, and its executive chair Sanjay Bhandari said: "Online hate thrives because there is a culture of impunity – people feel free to say what they want because they are confident there will be no consequences.

"That must change. Online hate must have real-world consequences. We will only change that culture by working as a team and we will now meet on a regular basis as a working group to drive change. I welcome the commitment of football and social media to turn words of intent into meaningful action."

"We have made progress in this area through our own central reporting system, which we launched to support players, managers and their families who have been victims of discriminatory online abuse," Premier League chief executive Richard Masters said.

"We investigate each reported case and take legal action where appropriate. Sadly, there are too many instances of footballers and their families receiving horrific discriminatory messages and nobody should have to deal with this." 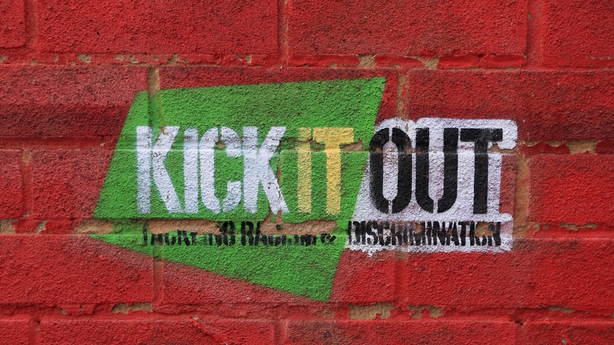 In October last year Facebook’s vice-president for northern Europe, Steve Hatch, spoke about the work his organisation does to proactively take down content deemed hateful from its platform.

He said that between April and June 2020 action had been taken against 22.5million pieces of content and that 94.5 per cent of that was detected and removed proactively by Facebook, rather than by users reporting it.

In the last quarter of 2017 the social media giant proactively took down less than a quarter of such content, he said.