Roy Keane says Liverpool have lost some of their spark after they were held to a goalless draw by Manchester United at Anfield.

United preserved their position at the top of the Premier League in an underwhelming clash on Merseyside, with the Reds having goalkeeper Alisson Becker to thank for keeping out efforts from Bruno Fernandes and Paul Pogba and averting a damaging defeat.

Liverpool are now without a goal in three league matches, and Sky Sports pundits Keane and Souness agreed that Jurgen Klopp's side had lost some of what made them champions last season.

"You can't say Liverpool are playing badly, but they have lost their spark," said former United captain Keane.

Graeme Souness, the ex-Liverpool skipper, added: "For me, looking at Liverpool as a Liverpool supporter and looking at where they've been for the last three years and where they are right now, it's the front three.

"For me the front three - no sparkle, no real special moments for them. (Roberto) Firmino didn't take part in the game a lot, (Mo) Salah didn't skip past (Luke) Shaw once - who was, I would say, the best I've seen anyone handle Salah. 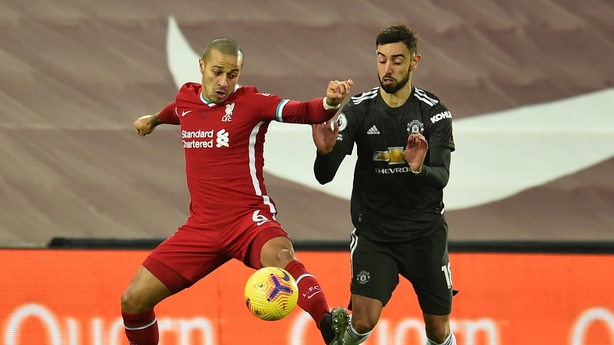 "It's not over. We could talk all night about what Liverpool are not at this moment in time, but where they are is in the top four, not at their best, and that will be a source of encouragement for a lot of people."

While United failed to even register a shot on target in the opening 45 minutes in a generally cagey showing, it was the visitors who could have left with all three points despite some below par performances from their main men.

Keane added: "I wouldn't be too critical of United. They showed a good mentality. The back four was brilliant.

"(Marcus) Rashford didn't turn up, Fernandes didn't play well, but they still created the best two chances in the game." 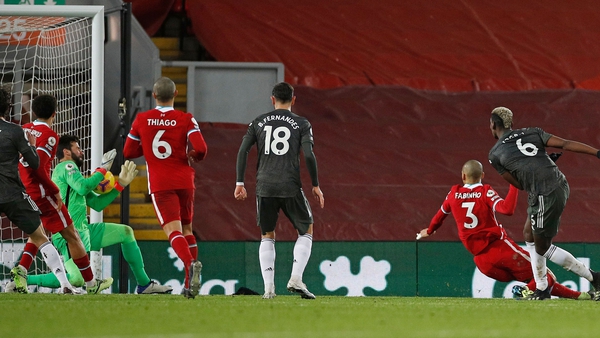