The top-of-the-table clash between England's two most decorated clubs never got close to fulfilling its billing, with the best quality on show being that from the Liverpool keeper, who twice denied Bruno Fernandes in the second half.

Manager Jurgen Klopp's 200th Premier League match in charge - and his 100th at Anfield - will not live long in the memory, with a predictable seventh draw in the last 10 meetings between these sides.

The draw maintained United's place at the top of the Premier League table, although their three-point advantage was cut to two after Leicester's win on Saturday, which also meant Liverpool are down to third.

Klopp's team have now not won in four league matches as despite producing 18 shots, they managed just three on target. United had four from eight attempts.

The hope for the hosts was that Thiago Alcantara, making his first Anfield appearance for the club since arriving from Bayern Munich in September, would provide the creative spark.

He did dictate play in midfield but even his exquisite use of the ball could not unlock a well-drilled United formation.

But he was not helped by some distinctly poor and wayward finishing from the likes of Roberto Firmino, Mohamed Salah, Xherdan Shaqiri - on his first league start for 13 months - and Andy Robertson.

United played well within themselves, content to run holding patterns and wait for a Liverpool mistake, and as a result they did not have their first shot until the 34th minute when Fernandes whipped a free-kick just wide.

With one minute of time added on, Shaqiri released Sadio Mane through on goal only for referee Paul Tierney to blow up a few seconds short of the allocated 60. 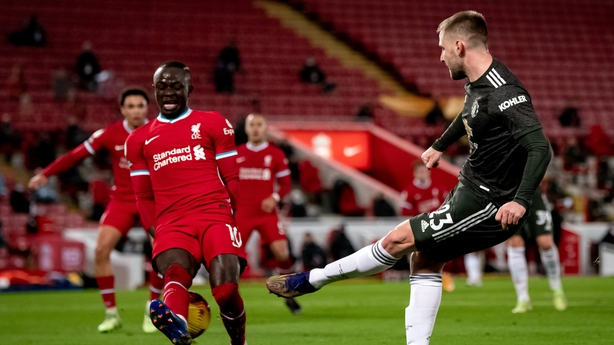 United boss Ole Gunnar Solskjaer was first to make his move, sending on Edinson Cavani for Anthony Martial on the hour, just before Salah had another shot deflected wide after seeming to delay a fraction too long.

Fernandes seemed to be the only United player testing Alisson, with the Brazil international saving twice in the second half, the second a good block from close range.

Thiago forced the under-employed David De Gea to palm away his strike from distance before Alisson produced the stop of the evening to turn Paul Pogba's drive for a corner.

There were moments in the final 15 minutes when it looked like Liverpool's long unbeaten home record, stretching back to April 2017, would fall as United looked likeliest to score, but a 68th game was eventually successfully negotiated.

United left the pitch slightly happier with their day's work but the occasion itself was significantly less satisfying. 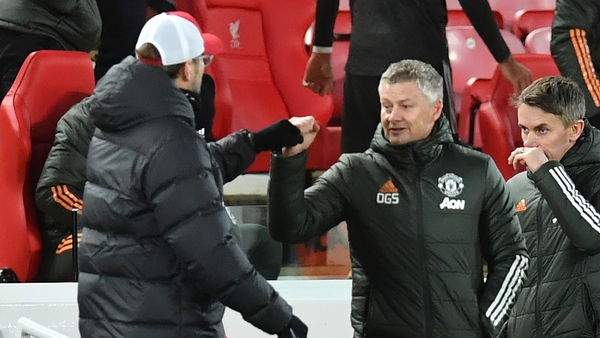