Fiorentina were beaten 2-0 by Juventus in the final of the Italian Super Cup on Sunday afternoon.

Republic of Ireland international Louise Quinn played the full game at Chiavari, but goals from Barbara Bonansea in either half were enough to see the Rita Guarino's side defend their title.

The Blessington-native had scored the winner in Wednesday's comeback semi-final win over AC Milan, but the Turin club continued their fine recent record.

They've won the last three Serie A titles and are defending Italian Cup champions, to go with their back-to-back Super Cup titles.

The clubs have been the top-two in Italy in recent seasons, with Fiorentina second in the league in the last two campaigns, while the pair also contested the 2019 Cup final. 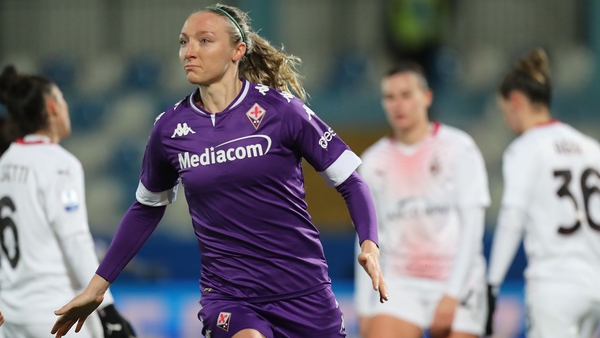