Everton manager Carlo Ancelotti is confident that captain Séamus Coleman will be fit to face Liverpool in Saturday's Merseyside derby at Anfield.

Coleman has played in all four of those victories, but picked up a hamstring injury in the 4-2 win against Brighton earlier this month.

It ruled the Republic of Ireland captain out of the recent international window, where Stephen Kenny’s side lost a Euro 2020 play-off semi-final to Slovakia on penalties and picked up just a point in their Nations League clashes with Wales and Finland.

He has however returned to training with his club and looks set to resume his place in the Everton defence.

Speaking ahead of the game, Ancelotti gave positive news regarding three of his players, including his right-back.

"Andre Gomes is available for Saturday, no problem," he said.

"Allan started to train with the team this week. If nothing happens in the next few days he will be available to play against Liverpool.

"I think Séamus is going to be good, too, because he started to train with us on Monday." 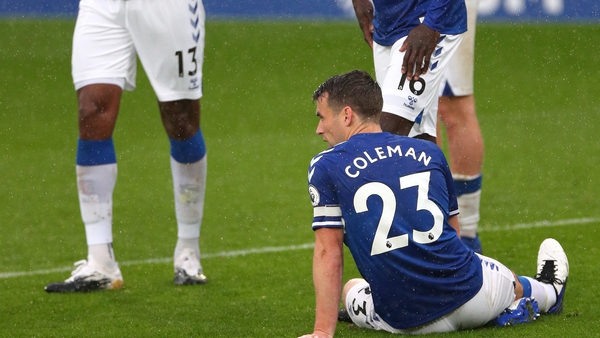 Christie drafted into squad as Coleman ruled out