Brian Gartland said that it was nice to prove some of the critics wrong last night as Dundalk advanced to the group stages of the Europa League at the Aviva Stadium.

Sean Murray, Daniel Cleary, and Daniel Kelly nabbed the goals to earn a 3-1 victory over KI Klaksvik, and earn the Lilywhites a minimum of €2.9million in prize money.

It was a welcome tonic for the club following an SSE Airtricity League season, which, by their own high standards, has been disappointing.

And for 33 year-old Gartland, it was a chance to prove the doubters wrong.

"A lot of us have had a lot of stuff flung at us this year (and) last year," he said. "I suppose as I'm getting older a lot of people write you off.

"That's just football, and it's opinions, but it's always nice to prove them wrong. I think this group and this journey symbolises that.

"Look where we were, and the stuff we've had to go through in the last couple of months. The mental strength and fortitude from every player player in that dressing room to stick to it, and not give in, work their socks off and this is the reward.

"Football is a game of opinions, and you've to take it sometimes if people don't fancy you.

"I never stopped working, keep trying, and you know that if I am called upon I'm ready. That's the way I was was, even when I wasn't in the team.

"Bit of luck, I thought, on my part to come in, and the performances have been decent.

"A week is a long time in football. The last month or two showed that. It's like a change around of a few years." 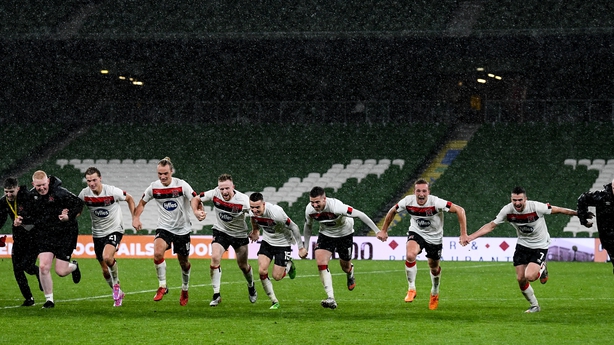 Dundalk were on top for large swathes last night, but they made things difficult for themselves in the second half after conceding a goal to a deflected Ole Erik Midtskogen shot.

It was uncomfortable for the next 13 minutes before Kelly finally put the game to bed.

"Maybe our intensity dropped," Gartland concedes. "We let them get a foot on the ball, get their head up to pick out the long balls.

"We knew exactly their game plan. We knew what they would do. I think concentration died a little bit and we lost our way.

"A couple of second balls didn't go our way, and then as a back-four we dropped off.

"When it's 2-1 your back is against the wall. You know a team is just going to throw everything at you. That's their way.

"We dug in. We knew we could hit them on the break - when they attack it's an opportunity for us always. We'll look back on the performance in the second-half.

"It's as poor as we've been since the new gaffer came in."

This, of course, isn't the first time that the Co Louth club have made it this far in Europe's secondary competition.

In the 2016-17 edition, they progressed to the same stage, and managed four points in six games.

Gartland accepts that the two Europa League runs have been very different, but says that the players in the group always had enough quality to get back to a point like this.

"We've got such talent, and we have a great group of lads," he points out.

"But there are different ways to reach the same destination, and this shows it."

On this morning's draw, the defender is aware of some of the big names that they could face - AC Milan, Celtic, Leicester, Tottenham with their "new stadium" - but he's more of a pragmatist than a romantic.

"Nice to get big ties, but we're not just there to take part.

"We want teams we can compete against and give us the best chance of picking up points," he added. 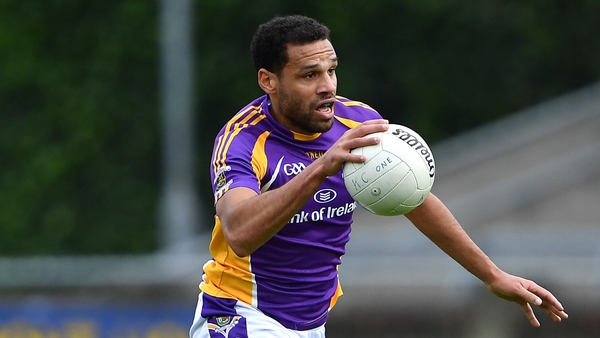 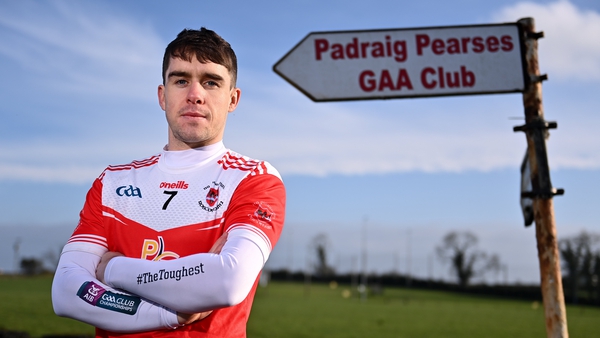 Pearses trying to write their own All-Ireland chapter 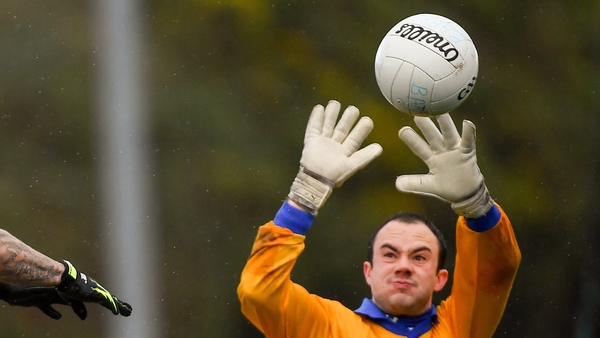 Kerins hoping patience will pay off for St Finbarr's