The Blades completed their fourth signing of the week after clinching a deal for Baggies forward Oli Burke, with Robinson moving in the opposite direction, for an undisclosed fee, as part of the deal.

Robinson told wba.co.uk: "I can't wait to get going. Discussions were taking place over the summer but these things take time. I'm thankful it has all been completed and I'm really happy to be back here.

"I really enjoyed my loan spell last season. The club is a fantastic place to be. It has a real family feel to it. The players, the staff, the fans. Everybody.

Republic of Ireland midfielder Denise O'Sullivan's loan move to Brighton and Hove Albion has been confirmed by her US parent club North Carolina Courage.

In August, Ireland head coach Vera Pauw had revealed to RTÉ Sport that a move to Brighton was to take place to ensure that she would be able to play in the upcoming Euro 2021 qualifiers.

Covid-19 restrictions would have made travel from the US to Europe and back extremely problematic for one of Ireland's leading players, with Pauw commenting at the time that she was "happy and grateful that North Carolina saw and recognised the huge problems that Denise O'Sullivan was potentially facing if they had kept her [in the US] for the next series of games."

North Carolina head coach Paul Riley said O'Sullivan's international commitments were key to the decision to loan her out for the remainder of the 2020 season.

He said: "She is a fantastic player and we understand she has some huge games coming up for her country that she must play in and therefore we felt it was in the best interests of player safety and player development that we put her on loan so quarantine restrictions would not deny her the ability to fully train and prepare for our 2021 season." 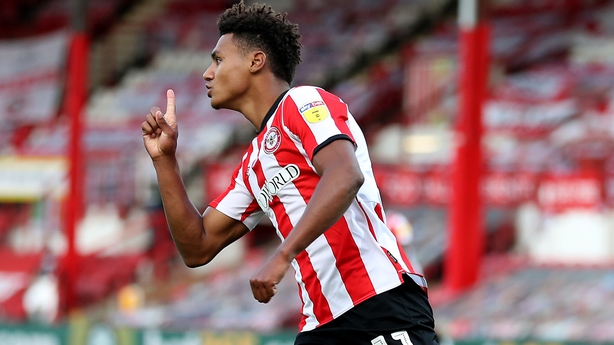 Manager Dean Smith said: "Ollie has developed into one of the most sought-after strikers in the country and we are looking forward to seeing him show his great qualities in an Aston Villa shirt."

The club had previously been linked with Callum Wilson, who instead joined Newcastle from Bournemouth.

Watkins, who previously played under Smith at Brentford, said: "I am so excited to join Aston Villa and to reunite with Dean Smith as my head coach. I cannot wait to wear the famous claret and blue in the Premier League. I want to do something special here and score some goals."

Areola told FFCtv: "I am very happy everything is done.

"Scott Parker (Fulham manager) called me and I had a good feeling. He said he really wanted me.

"Fulham is a historic club in London and I have heard a lot about the stadium.

"I hope this season will be a good one for us. I want to bring my energy and do everything for this team to keep us where we belong to be."

Areola has made over 100 appearances for Paris St Germain since making his debut in 2013 and was a member of France's World Cup-winning squad in 2018.

He spent last season on loan at Real Madrid, where he picked up a La Liga winner's medal.

"Alphonse has experience at the very highest level, as he's played in France's national team, won the league title with PSG, had success at RC Lens, Bastia and with Villarreal, and most recently he played for Real Madrid as they won La Liga last season.

"We're excited that he's joining us, and he'll be an excellent addition to our squad for our Premier League campaign ahead."

Heath and Press have played 168 and 138 times for their country respectively.

Manchester City Women have announced the signing of England left-back Alex Greenwood on a three-year deal.

The 27-year-old arrives at City after her contract at Lyon expired this summer.

Greenwood spent one season with the French side, during which she won the Champions League plus the domestic league title and cup, having previously been captain at Manchester United.

She has played 46 times for England and was part of their runs to the semi-finals of the last two World Cups and Euro 2017.