Spain scored a stoppage-time equaliser through Jose Luis Gaya to rescue a 1-1 draw away to Germany  in their Nations League opener and first international in almost 10 months due to the Covid-19 pandemic.

Spain had looked set to fail to score for the first time after 40 consecutive games before Gaya sneaked in to notch the leveller with the last kick of the game.

New-look Germany, missing all but one Bayern Munich player and all RB Leipzig's internationals after the Champions League tournament, peppered the game with defensive errors that gave Spain their only two chances in the first half through Rodrigo.

Keeper Manuel Neuer's back-up Kevin Trapp did well to repeatedly deny the visitors, who were playing in coach Luis Enrique's first game in charge since he returned to the Spain role last November.

The visitors also fielded a much-changed team and introduced three newcomers, including 17-year-old Barcelona talent Ansu Fati, and the pace dropped after the break. 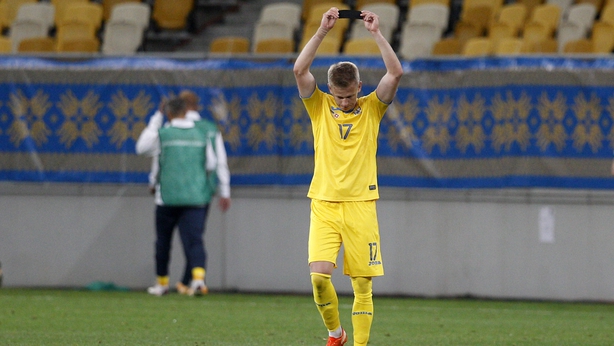 Also in Group A4, Manchester City’s Oleksandr Zinchenko scored the winner for Ukraine, who overcame Switzerland 2-1 in Lviv.

West Ham forward Andriy Yarmolenko put the hosts ahead after a quarter of an hour and although Haris Seferovic levelled four minutes before half-time, Zinchenko settled matters midway through the second half.

Wales opened their Group B4 campaign with a 1-0 win against fellow Euro 2020 qualifiers Finland in Helsinki.

Kieffer Moore struck 10 minutes from time – his third international goal in six games – as he latched on to Daniel James’ inviting cross and rewarded Wales’ superiority at the Olympic Stadium. 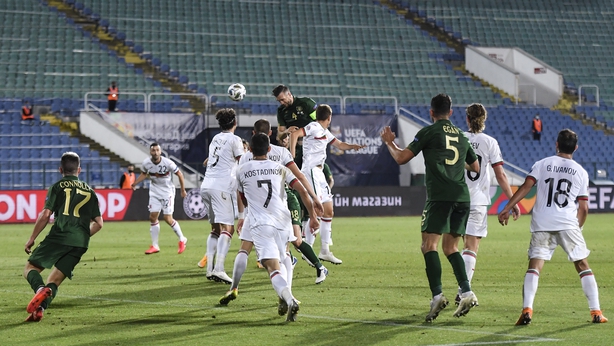 Captain Shane Duffy left it late to ensure Stephen Kenny’s big night did not end in defeat as the Republic of Ireland fought back to secure a 1-1 draw in Bulgaria in the same group.

Kenny’s first game in charge looked destined to end in a disappointing defeat until central defender Duffy headed home in stoppage time in Sofia to cancel out Bozhidar Kraev’s 56th-minute opener at the Vasil Levski Stadium.

Russia captain Artem Dzyuba bagged a brace to help his side to a 3-1 victory over Serbia in Group B3.

The striker opened the scoring from the spot just after half-time and while Vyacheslav Karavayev doubled Russia’s lead, Aleksandar Mitrovic pulled one back. But Dzyuba book-ended the scoring to give Russia some breathing room. 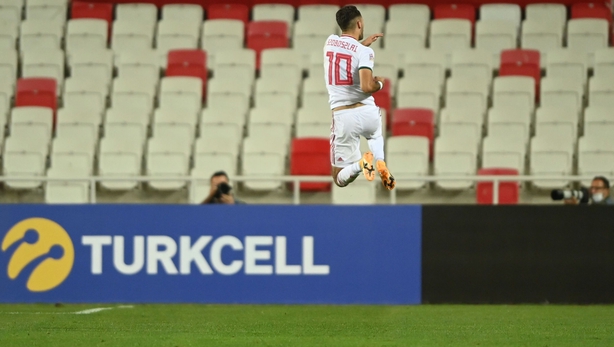 Dominik Szoboszlai scored the only goal of the game 10 minutes from time to lift Hungary to a 1-0 victory in Turkey.

In Group D1, Brandur Hendriksson Olsen scored in the last minute as the Faroe Islands came from 2-1 down to claim a 3-2 victory over Malta.

The Faroes went ahead through Klaemint Olsen but goals either side of the interval from Jurgen Degabriele and Andrei Agius put Malta ahead, only for Andreas Olsen and Brandur Hendriksson Olsen to turn the game on its head.

Andorra claimed a point from a goalless draw against Latvia, who finished the match with 10 men following Vladislavs Gutkovskis’ dismissal.

Ion Nicolaescu’s opener was cancelled out by Benjamin Kololli as Moldova and Kosovo drew 1-1 in Group C3, where there was a goalless draw between Slovenia and Greece.