Stephen Kenny's first match in charge of the national team ended all-square at the Vasil Levski Stadium in Sofia as Bulgaria and Ireland played out a 1-1 draw in their UEFA Nations League clash.

Bozhidar Kraev's second-half strike broke the deadlock in this behind closed doors encounter, and it looked as though the home side were going to hold on for victory as the game moved into injury time.

And while Ireland appeared to lack the creativity to get back into the game once the hosts had gone ahead, a set-piece in the third minute of the five additional minutes allowed Shane Duffy to slam a fine header into the back of the net to take a point from this opening group game.

The new manager made a bold statement with his maiden selection, opting for a youthful side with Adam Idah and Aaron Connolly named in the starting XI.

Matt Doherty was named at right back ahead of Seamus Coleman, while other stalwarts like James McClean, Shane Long and Robbie Brady were left on the bench for this Nations League opener. 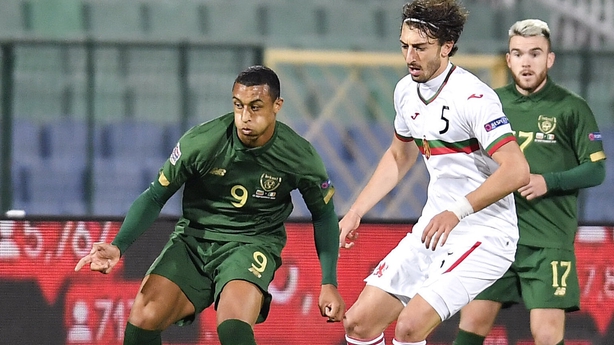 Some neat passing across the defence, before Shane Duffy strode out towards the halfway line with ball at foot. He proceeded to get dispossessed before giving away a free kick.

That proved the exception, however, as Ireland looked composed on the ball throughout the early exchanges with players dropping back for short kick-outs, maintaining a high press up front, while Darren Randolph appeared to be encouraged to come out and sweep up when necessary.

A fourth-minute corner gave Duffy a half-chance, as his header cannoned into the ground before the keeper punched clear, while Ireland’s first real chance came four minutes later as Idah laid the ball off into the path of Hourihane who slammed an effort at goal, but his left-footed half-volley was always curling away from the top corner.

Bulgaria’s best effort came from a set-piece into the box a minute later, which was glanced goalwards by Petar Zanev, but Randolph was behind it.

Aaron Connolly could, and probably should, have put Ireland ahead in the 13th minute as Bulgaria were caught in possession playing the ball short from a goal-kick.

The Galway native was quick to react, dispossessing Kristian Dimitrov before skipping past the defender to cut in on goal from out on the left.

With options in the box, the Brighton striker went for glory with a curling effort towards the back post, however, the angle appeared too tight and Connolly’s shot sailed harmlessly past the far post.

The home side were restricted to long-range, off-target efforts until midway through the half when Todor Nedelev went through on goal following a super cross-field ball from the left side of defence by Anton Nedyalkov.

The Botev Plovdiv midfielder’s first touch took him in on goal, albeit with the angle narrowing, and his attempted lob had too much on it as it dropped over the bar.

The worry from Ireland’s point of view was that Bulgaria were starting to exploit the high defensive line with the chance coming from Matt Doherty’s first foray forward, where he lost the ball as a result of a casual misplaced pass to Callum O’Dowda. 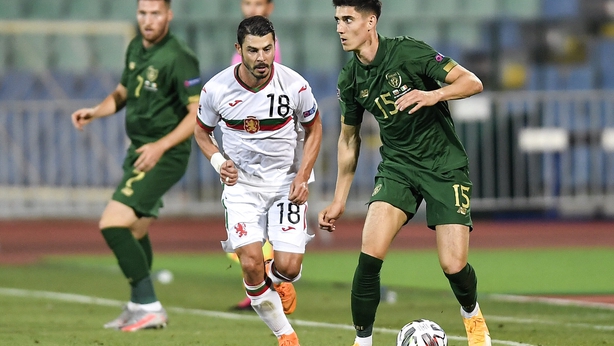 O’Dowda, however, was impressing on the right flank, coming inside onto his favoured left foot, and it almost reaped dividends in the 33rd minute as he fed Jeff Hendrick just outside the box.

The new Newcastle United signing slid the ball through the middle, before the ball deflected into the path of Connolly but the striker had strayed offside.

Ireland had a half-shout for a penalty a minute later as Duffy went down in the box, but it would have been a soft spot-kick had it been awarded.

Bulgaria’s best route to goal remained in behind Ireland’s high line and they almost capitalised on it three minutes before the break as Spas Delev got in behind, but somehow managed to fall over as he looked to get a shot on goal.

Ireland then had a chance to take a lead into the break with their best move of the match.

Deep inside his own half, Connolly picked the ball up and found Hendrick who set Enda Stevens off down the left.

The Sheffield United man burst forward before delaying his cross, waiting for options in the box, before pulling the ball back to the arriving O’Dowda, but his placed effort could not be worked on target, and it remained scoreless at the break.

Six minutes into the second half, Ireland looked for a break through as Idah worked the ball into the path of the ever-dangerous Connolly who had to swivel while shooting, forcing the keeper to make a good save.

Then in the 56th minute, the breakthrough arrived, but it was the home team who were celebrating in the empty Sofia stadium.

And it was dangerman Nedelev who created the opener having made space in midfield before slotting a fine pass through the two centre-halves into the path of Kraev.

One touch for the big striker before he slammed a fine effort right through Randolph’s legs and into the back of the net, leaving Ireland with an uphill task for the final half hour. 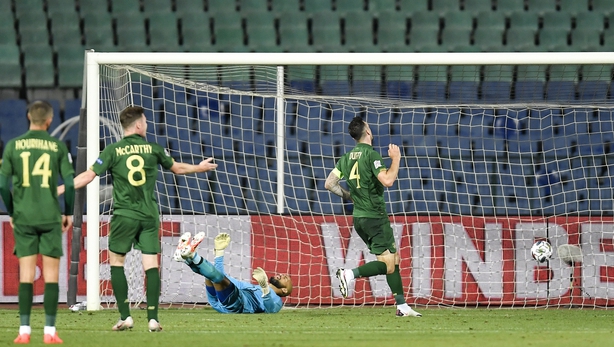 Kenny’s side looked to hit back straight away as Hourihane’s fine pass sent Connolly clear on the left.

The ball was drilled low and hard across the face of the goal but no one was on hand to divert the ball home.

A weak long-range Egan effort in the 63rd minute was the most Ireland could muster to test the home keeper Georgi Georgiev, who was having a quiet night between the sticks.

Robbie Brady was sent into the mix for the final 20 minutes as he replaced James McCarthy, with Conor Hourihane dropping a bit deeper to allow the new man to move into an advanced position.

And Ireland started to dominate inside the Bulgaria half as they went in search of the equaliser, but they still struggled to create as the home side used every opportunity to delay and disrupt, while a plethora of substitutes did not help the flow of the game.

Callum Robinson and Shane Long replaced O’Dowda and Idah, however, it was the home side who almost doubled the lead in the 81st minute as substitute Birsent Karagaren was played in on the right side of the box.

With just Randolph to beat and with time to pick his spot, Karagaren dragged his effort wide of the far post.

The clock ticked towards the 90-minute mark and Ireland still struggled to create with little ingenuity despite possession of the football.

A Duffy header from a Brady corner summed up the night for Ireland as the normally dominating defender could only work a tame effort wide of the post.

But Ireland showed character inside the five minutes of additional time as Duffy then showed his true quality as he popped up for another corner, this time heading the ball powerfully into the bottom right corner of the net.

With two minutes remaining, Ireland pushed for an unlikely winner but could not capitalise on the momentum, however, they will be buoyed by the side’s strong finish and will take confidence into Sunday’s clash with Finland at the Aviva Stadium. 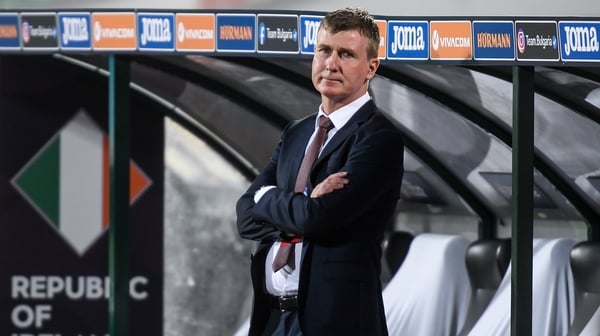 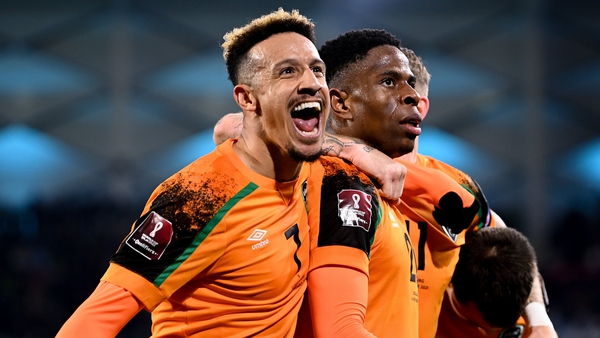 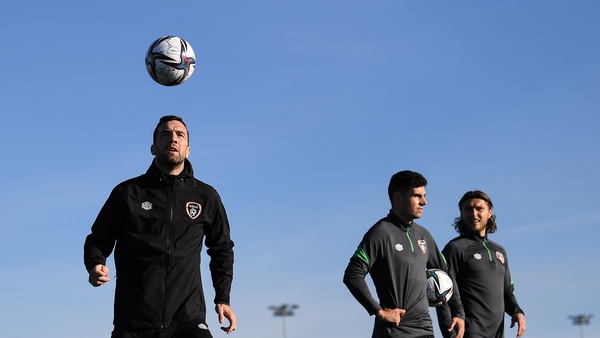