Wayne Rooney understands how difficult Harry Maguire will be finding the scrutiny that has followed this week's Greek court case and subsequent withdrawal from the England squad.

Just four days after being arrested for his involvement in an alleged incident on the island of Mykonos, the 27-year-old defender was found guilty of assaulting a police officer, swearing, resisting arrest and bribery.

Maguire maintains his innocence and has lodged an appeal with the Greek court system, but the world's most expensive defender was dropped by England manager Gareth Southgate on Tuesday just hours after selecting him.

Rooney knows a thing or two about being in the spotlight and has struggled to get his around the speed of the proceedings, as well as the reported details that he says are 'out of character'.

"It's not easy," England and United's all-time top scorer Rooney, who is with the same agency as Maguire, told talkSPORT.

"Obviously, I've made my own mistakes, I've had my own issues with the law both in England and abroad as well, so I know how difficult that can be.

"But I just think with Harry, he's not that character at all." 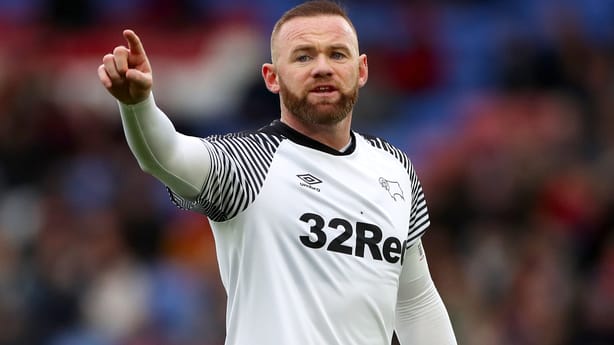 Maguire's legal team have lodged an appeal after he was handed a 21-month suspended prison sentence.

United have said the appeal nullifies the conviction and means Maguire has no criminal record ahead of a full retrial.

It is understood no date has yet been fixed for the appeal. United recognise it could be a number of months before it is heard and their public support for the player is understood to be an indicator that they will keep him as club captain.

A club spokesman said on Wednesday: "An appeal against yesterday's verdict was lodged this morning by Harry's legal team.

"In accordance with the Greek judicial process, the filing of an appeal extinguishes the initial court verdict and nullifies the conviction. The appeal has been accepted and will lead to a full retrial in a more senior court.

"This means that Harry has no criminal record and is once again presumed innocent until proven guilty. Accordingly, he is not subject to any international travel restrictions."