Manchester United captain Harry Maguire has been granted a full retrial after appealing against Greek court convictions on multiple charges following a brawl on the island of Mykonos last week.

England defender Maguire was found guilty of repeated bodily harm, attempted bribery, violence against public employees and insult after his arrest in a brawl in which two police officers were assaulted.

The 27-year-old was handed a suspended prison sentence of 21 months and 10 days.

In accordance with the Greek judicial process, the filing nullifies Maguire's conviction and United confirmed there will be a full retrial in a more senior court.

"An appeal against yesterday's verdict was lodged this morning by Harry's legal team," a United spokesperson said in a statement.

"This means that Harry has no criminal record and is once again presumed innocent until proven guilty. Accordingly, he is not subject to any international travel restrictions."

The case will be retried within the next two years by a court on the nearby island of Syros, sources close to the process said. 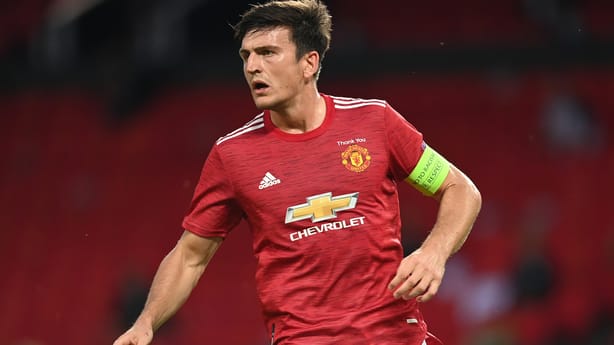 Following the verdict, Maguire, who was not present at the trial, said in a statement: "I remain strong and confident regarding our innocence in this matter - if anything myself, family and friends are the victims."

Maguire's brother Joe and friend Christopher Sharman were also found guilty of offences related to the incident and received suspended prison sentences. They denied any wrongdoing.

England coach Gareth Southgate withdrew Maguire from his squad for next month's Nations League matches against Iceland and Denmark.

Ioannis Iakovos Paradisis, the lawyer who represented the police officers on Tuesday, confirmed an appeal had been filed on behalf of all three men.

He said that since the case will be heard again, the defendants will have the opportunity to appear in court this time and provide explanations.

"Even if they believe that they are innocent, they could have said they are sorry," Paradisis said.