Former SDLP leader, Nobel Peace laureat and one of the main players in bringing an end to The Troubles, Hume, died earlier today, and Devine recalled a moment shared with the world leader following the club's FAI Cup success in 2012.

Hume also served as the club president for the past 21 years and Devine admitted that it had been a tough day for the entire city of Derry.

"It's a very sad day for the city of Derry and our thoughts are with his family," said Devine, speaking to RTE Sport after the game. 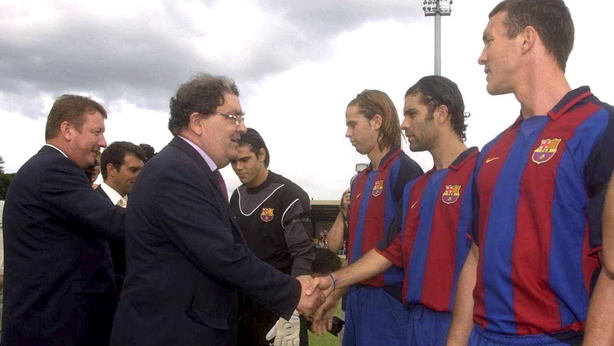 "Not only is he a huge Derry man, as a political figure he is synonymous around the world and his ability to bring peace to our country is something that we have to be thankful for, for all our children, our grandchildren and everybody that comes after us.

"I had a personal moment with him after the 2012 FAI Cup final when he told me of his pride of taking that old trophy back into the city the next day and that is something that will live with me for a long time."

Goals from James Akintunde and Conor McCormack decided matters handed Devine's side a 2-0 victory, as City bounced back from their defeat to Sligo Rovers in the first match back last Friday, and the manager paid huge credit to his players who, he said, had been hurting following the home defeat. 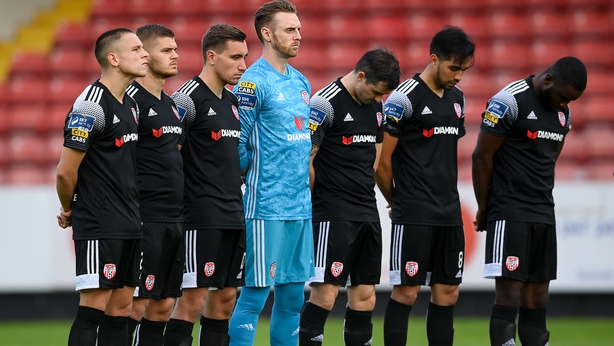 "I don’t think it is relief, because I knew it was in us. We didn’t come here with a lack of confidence, we came here for a performance and we got a performance and the players deserve all the credit for that, not me.

"They were the ones who were hurting all weekend as well as me and the staff and tonight, when you work hard and set yourself up to be hard to beat, and you have a technical ability and a freshness, so to come to Inchicore and win in the manner we did is credit to them."

The win moves Devine's side into the top half of the table, leapfrogging Saints in the process, however, the City boss would not get carried away with the result and is already looking ahead to the visit of league leaders, Shamrock Rovers to the Ryan McBride Brandywell Stadium on Sunday.

"It is only the start, there is a lot of football to be played," said Devine.

"There are going to be highs and lows and the nature of this league and the way it is going to go is that everyone is scrapping and everyone is fighting.

"So we have to keep our focus on the next game, not get carried away about tonight and get ourselves ready for Rovers on Sunday." 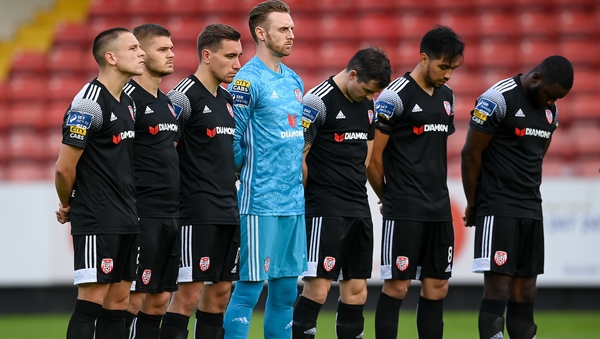