Stephen Kenny's reign as Ireland manager is more than two months old, yet Mick McCarthy's successor has been patiently playing the waiting game as football slowly emerges from the Covid-19 pandemic.

And while the new national team manager has spent the time productively speaking to the entire squad, in the form of virtual meetings, Kenny will eventually get to see some of his new charges in action on Wednesday night with the return of the English Premier League.

In an ideal world, you might imagine that Kenny would have been present at Villa Park on Wednesday night for the Aston Villa-Sheffield United clash – his first Premier League game as Ireland manager - with a sizeable selection of his senior squad set to be on duty for the first English top-flight game since early March.

But with Project Restart taking place behind closed doors, and only essential personnel set to be allowed inside the stadium, the new man in charge will have to do with a place on the sofa like the rest of us for the Sky Sports double header, as the clash of Manchester City and Arsenal follows the Villa Park encounter.

Sheffield United have reported a clean bill of health ahead of the game, which means that Kenny is likely to scout the form of three players who look set to form part of his ideal XI, while Conor Hourihane could be involved for Villa.

Back in April, when Kenny was announced as the senior manager, one of the first things that he referenced was the quality of the Irish back four, which he believes are as good as any in Europe.

A manager renowned for free-flowing, attacking football knows the value of a solid defence, and the rude health of the national side in that department must give Kenny real confidence embarking on a voyage into the world of international football.

Kenny highly rates the back four of Matt Doherty, John Egan, Shane Duffy and Enda Stevens, with the added influence of Seamus Coleman, Ciaran Clark and Darren Randolph, which will allow him to focus on matters further up the pitch. 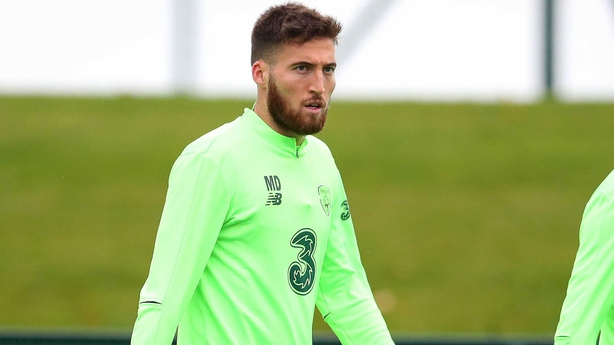 Attacking football was a tactic often mooted by the previous manager, yet it relied on a collective approach, with the intention of getting the ball and bodies in the opposition box.

Kenny's stylish brand of football will take time to work its way into the national psyche and it will, no doubt, be a gradual process, considering the legacy that Martin O’Neill and Giovanni Trapattoni left within the squad.

The new manager can, however, look to get the best out of the creative players that are available to him, which should see Jeff Hendrick and Robbie Brady tasked with rediscovering that spark that they brought into Euro 2016.

And for Kenny to maximise potential, he will surely place major importance in the engine room of his side, with James McCarthy one in particular who could play a key role in the heart of the midfield, with Hourihane and Alan Browne also likely to feature early in the new era.

The new manager was meant to be start the job in the relatively low-profile UEFA Nations League following the culmination of Euro 2020, however, the coronavirus laughed at those particular plans, and now, as a result, there is a real spotlight on the new boss ahead of his first fixture.

The European governing body are meeting this week to finalise fixtures for the Euro 2020 play-offs and the Nations League, which should see Ireland return to competitive action in early September.

Kenny’s first competitive game in charge should still be of the Nations League variety – playing in a group alongside Wales, Finland and Bulgaria – however, everything will now be geared towards that clash with Slovakia and the potential of a play-off final against Northern Ireland or Bosnia Herzegovina.

Best case scenario for the new Irish adventure would see those games reverting to their original dates at the end of March, albeit 12 months on, as that would really give Kenny plenty of time to work with his new squad, develop a playing style and introduce some new faces into the squad.

When the manager eventually gets to name his first squad for that September international, he should have a decent idea of both form and fitness of the England-based players, which will certainly aid his approach.

One player who may struggle to get involved early on will be Shamrock Rovers’ play-making midfielder, Jack Byrne, who is unlikely to see league action until August, as the League of Ireland negotiates a return to the 2020 campaign. 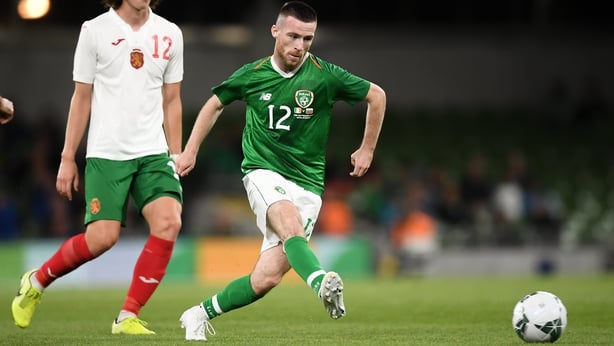 Byrne was given his chance by McCarthy, and while the player speaks passionately about the former manager, there remains an element of 'what if', when it comes to how he was utilised by McCarthy, who was reluctant to take a chance on his creative attributes in the latter stages of the Euro 2020 qualifying campaign.

Byrne could thrive in a Stephen Kenny side, linking play, maintaining possession and creating goalscoring chances, and with a lack of such players within the current squad, with the exception of Alan Judge, it will be interesting to see if Byrne features early on in the manager’s plans.

One thing we do know from watching Kenny’s sides over the past decade, is his penchant for pace on the flanks, a tactic that reaped dividends for Dundalk and has served his Ireland Under-21s well in the current campaign.

We may well see the likes of Shamrock Rovers wide man Neil Farrugia or former Waterford winger Zach Elbouzedi called into the senior squad at some time during Kenny’s tenure, but the manager will surely use what he has already got in the early encounters.

And that means, there could be key roles for pacey players like Portsmouth’s Ronan Curtis, Sean Maguire from Preston – who briefly played for Kenny at Dundalk – as well as Callum Robinson, who is currently on loan from Sheffield United at West Brom, who are eyeing a return to the Premier League.

Expect Kenny to also look at the roles that fringe players could make in his side and he will be keen to give players like Callum O’Dowda and Josh Cullen a chance to make their way into his side.

Yet there will be a clamour for a real injection of youth into the senior side, and while McCarthy, to his credit, introduced Aaron Connolly and Troy Parrott into the mix, you might imagine that Kenny will prove more methodical bringing players through.

Kenny has been working with the next generation of Ireland players for the past two years and he knows exactly where these players are at on their professional journey.

The manager spoke at length after Ireland’s Under-21 win against Sweden of the progress that Adam Idah had made within a matter of months, since becoming part of the first team squad at Norwich, and the Irish public will have to trust Kenny’s judgement when it comes to bringing players even into the periphery of the senior squad.

Idah’s pace, energy and ability to score goals will certainly get him in and around the squad sooner rather than later, but perhaps players that are more likely to get involved ahead of the striker are established first team players like Millwall midfielder Jayson Molumby (on loan from Brighton), Southampton playmaker Will Smallbone, and defensive duo Nathan Collins at Stoke and West Brom’s Dara O’Shea.

Yet there will be a lot of football played in England over the next six weeks as the Premier League and the Championship sides have to get through around nine or ten games each, which will open the door for young players throughout to get a run in the first team, and handed a chance to make an impact.

Every eligible Irish player will be looking to make an immediate impact for the good of their club and to garner favour from the new manager in charge of the national side, and while the Irish footballing public will be willing the young guns to shine, there is every chance that old heads such as Shane Long, David McGoldrick or Scott Hogan could prove most valuable to a manager looking for a quick start in a new environment.