Live blog on RTÉ.ie and the RTÉ News Now App from 2.30pm

The players can expect a mild and dry afternoon in Montenegro, with temperatures of around 14 degrees Celsius. It'll be cloudy, though that will break for sunny spells throughout the day.

Ireland come into this one expecting and targeting three points.

It won't be a cakewalk - Montenegro were admirably dogged in Tallaght when the Girls in Green laboured to a 2-0 victory last September - but Vera Pauw's outfit look a more confident side now.

Last Thursday's 1-0 defeat of Greece strengthened their grip on second place in Group I and, since Ireland have yet to face the rampant Germans, picking up wins in games like this is of crucial importance.

It's very difficult to see Ireland, or anyone else, taking points off Germany in this qualification campaign.

They annihilated Montenegro 10-0, thumped Ukraine 8-0, and made easy work of Greece in Athens when they strolled to a 5-0 victory. In four games they've scored 31 goals and conceded none.

On her 75th appearance, Diane Caldwell has the hosts in front at Tallaght Stadium #COYGIG #RTEsoccer #IRLGRE pic.twitter.com/HM6F9ljJkp

Montenegro lost 4-0 to the Greeks in their last game back in November. They'll likely sit deep and in numbers to try and frustrate the visitors for as long as possible, as they did in Dublin.

It'll be a test for Ireland's creative forces - Denise O'Sullivan, Katie McCabe, Ruesha Littlejohn and Rianna Jarrett - but they are in excellent form and will fancy their chances of cracking open the home rearguard.

Remember, a runner-up spot sends Ireland to the play-offs while the three best runners-up across the nine groups will qualify for the 2021 tournament in England automatically.

"We set ourselves the target of six points from two games in this series, so having beaten Greece last week we now know that our job is to beat Montenegro to complete that task," said Pauw.

"We know what to expect from Montenegro and we will need to apply a lot of pressure to break through and score the goals that we need to win the game. So that is what we have been preparing for.

"We haven't had that much time together to work as a team with only a few days training before the Greece game, but I’ve told the players that the more time we have together then the better we will become in possession and in finishing chances in front of goal. And that, ultimately, is what we need to do in order to take the three points.

"We have prepared well for this game and we are looking forward to it." 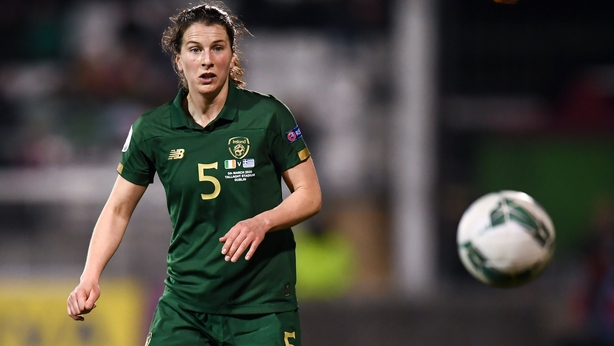 But Pauw has a good pool of experience and talent to dip into.

Stephanie Roche has come back into the panel to replace Mustaki, while highly promising teenager Emily Whelan has been recalled from the Under-19s as cover for Payne.

Still, Pauw has a lot of experienced and quality to call upon. Jarrett's move to full-time football with Brighton and Hove Albion is clearly benefiting her game.

The striker led the line brilliantly last time out, looking fit and hungry. Amber Barrett is battling with Jarrett for the forward position and she's another who looks sharp having moved to Germany to ply her trade with FC Koln last summer.

It's a special afternoon for Liverpool's Niamh Fahey, who will win her 90th senior cap having made her debut against Portugal in March 2007. She'll hope to follow Diane Caldwell's lead after the veteran defender marked her 75th cap against Greece by tapping home the game's decisive goal.

The crowd of 5,411 that came to Tallaght Stadium for Ireland's win against Greece last week was the second highest in the history of the women's senior team. There's a buzz around the camp, one which will be further heightened if the Irish can get the job done in Budva.

Pauw has set the bar high for this crop - they should continue to deliver here. 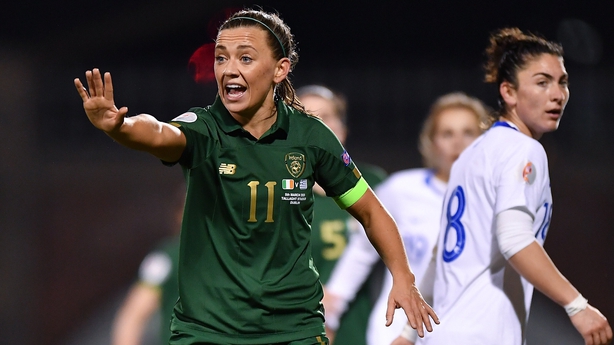