The International Football Association Board (IFAB) has agreed to introduce trials for concussion substitutes with FIFA set to implement them at the 2020 Olympics in Tokyo.

At their annual general meeting in Belfast, the IFAB decided that more research is required before introducing concussion subs into the laws of the game but the trials could take place as soon as this summer at the Olympics.

Irish Football Association chief executive Patrick Nelson, who chaired the meeting, said: "We agreed it would be a sensible move to draw up some protocols for trials for potential additional substitutes in cases of concussion.

"FIFA have expressed strong interest in being part of trials at the Olympics. More research data is needed before we could consider any permanent changes to the laws."

It appears likely that permanent substitutions would be the preferred option rather than a temporary substitution while a longer 10-minute assessment is carried out. The current assessment period for concussion is three minutes.

Nelson said IFAB would not "close off" the 10-minute/temporary substitute option, and FIFA president Gianni Infantino said player health would remain the priority.

"If there is any doubt you have to keep the player out, and for the coach to have another possibility, he knows there is an additional substitution," he said.

"Often we were criticised for being slow (on concussion). Now, we move, we try, and then we'll see."

English FA chief executive Mark Bullingham said that his organisation and the Premier League both favoured the permanent substitution model, and are keen to be part of any trials once the protocols are finalised.

Its chief executive Peter McCabe said: "This is yet another example of football failing to act. This latest announcement just doesn't go far enough to protect players from the dangers of returning to play following a concussion.

"In practical terms nothing will actually change for the injured player because they are still only going to have three minutes to be assessed.

"Three minutes is simply not long enough to give medics a suitable window to diagnose concussion - a position that other sports, such as rugby, have quickly come to realise." 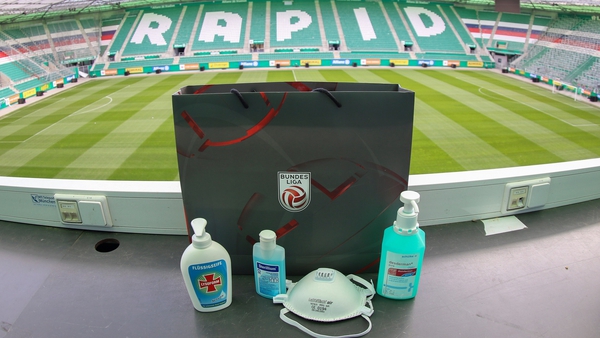 Coronavirus: A sport-by-sport look at impact of virus