FIFA president Gianni Infantino has not ruled out postponing international matches as the coronavirus outbreak continues to escalate.

Speaking in Belfast ahead of Saturday's annual general meeting of the International Football Association Board, Infantino said FIFA would do whatever was necessary.

This weekend's matches in the top two divisions in Switzerland were postponed on Friday after the government banned all events involving more than 1,000 people, while in Italy five Serie A games will be played behind closed doors. The leagues in Japan and Korea were postponed earlier this week.

Infantino said: "The health of persons is much more important than any football game.

"That's why we have to look at the situation and hope that it will decrease rather than increase. At the moment it looks like it is still increasing. If games have to be postponed or played without spectators until it is over, then we have to go through that."

Infantino is hopeful next month's international friendlies will go ahead, saying: "I wouldn't exclude anything at this moment. I hope we will never have to get into this direction. I think it will be difficult in any case to make a global ban because the situation is really different."

He could not foresee a situation where large numbers of matches are played behind closed doors.

"I don't think it is sustainable, but that is my personal view," said Infantino.

"You cannot imagine a few months of a competition with several matches played behind closed doors."

"Every competition organiser has to decide what is best for him. In the short term it can be a solution in order to move on but you cannot imagine a few months of a competition with several matches played behind closed doors."

Global football players' union FIFPro has revealed fears among its members of being made to play in "high-risk environments" due to the virus. The organisation said it was concerned about the safety of players amid the spread of a disease that has continued to impact the world of sport.

If the threat shows no sign of abating, it is likely more leagues will be hit, and FIFPro has called on governing bodies to do all they can to protect players from the virus, calling the outbreak "bigger than football".

"FIFPRO is concerned for the safety of players who may be exposed to the coronavirus (COVID-19), and the danger of football acting as a vehicle to spread disease," its statement read.

"Players have contacted our member unions asking for assistance out of fear they could be made to perform in high-risk environments.

"The coronavirus is a global reality affecting all citizens, in some countries more than others, magnified by events currently unfolding in the Asian football region, where the domestic leagues of Korea and Japan have been postponed, which FIFPRO welcomes.

"Similarly, we are pleased to see a number of matches that were due to take place next week in the AFC Champions League have been rescheduled. We are now looking beyond next week's AFC Champions League matches, in close co-operation with the AFC (Asian Football Confederation), to find appropriate longer-term solutions.

"Our talks with various football stakeholders also address the rescheduling of international dates, including but not limited to qualifying matches for this year's Tokyo Olympics and 2022 FIFA World Cup.

"While we understand the inconvenience this causes worldwide, the COVID-19 outbreak is bigger than football, and we applaud the willingness of competition organisers to take firm action in this delicate period.

"As the coronavirus continues to spread, with new cases emerging every day, we are calling on all football stakeholders to act responsibly." 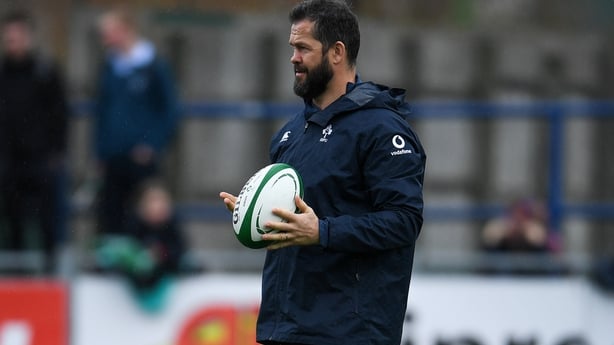 In the Six Nations, Andy Farrell insists Ireland are pressing ahead with preparations for their clash with France, despite the threat posed to the Championship.

Italy's visit to Dublin on 7 March has been postponed on public health grounds and tournament chiefs are meeting on Monday to decide if other fixtures should fall to the escalating crisis.

England's competition finale at the Stadio Olimpico on 14 March is the most in danger due to the virus' escalation in northern Italy, but Farrell insists there is no certainty that Ireland's pivotal clash with unbeaten France on the same day will go ahead.

"We don't know. That's the answer - we don't know," Farrell told reporters when asked about the trip to Paris.

"All we can do is prepare properly as if the game is going ahead. We've been in for a few days this week and that was the normal preparation that we were going to have anyway."

Events in the United Kingdom remain largely unaffected but there are precautions being put in place.

The Premier League is instructing clubs to follow the NHS guidelines and advised that clubs make sure staff are self-isolating if they begin to show any symptoms, but there is no suggestion that any extra measures are required at this stage. 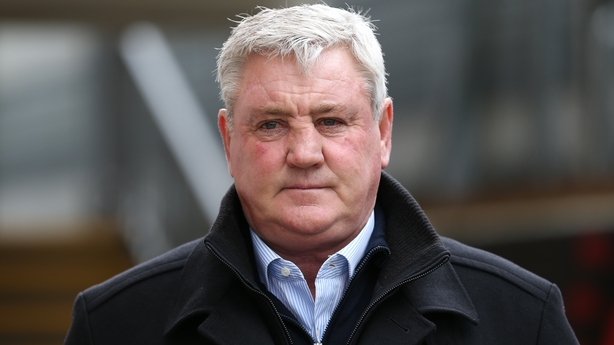 Newcastle manager Steve Bruce (above) and West Ham boss David Moyes revealed that their players have been told not to shake hands with one another.

"There's a ritual here that everybody shakes hands with everybody as soon as we see each other every morning - we've stopped that on the advice of the doctor," Bruce said.

Moyes added: "We've done the same here. Our medical team had a discussion. We've supplied all players with hand gels to use as often as they possibly can to make sure hands are clean. In the building it's fist bumps, no shaking hands."

Premier League leaders Liverpool have not gone as far.

"So far we didn't tell anyone not to shake hands but we have disinfectant stations here," boss Jurgen Klopp said. "It's important we take it seriously, but not get crazy about it."

Arsenal and Tottenham have both taken the precaution of asking all visitors to their respective training grounds to fill out a form in advance of arrival to limit access to those who may have recently been in affected areas.

Spurs forward Son Heung-min will be subject to a precautionary 14-day self-isolation period as he returns from Seoul over the weekend.

Spanish side Valencia, meanwhile, have cancelled all pre- and post-match press conferences and have closed off media access to their players after a journalist who covers the club was diagnosed with coronavirus.

Elsewhere, the UCI is closely monitoring the situation after a rider who began the now-cancelled UAE Tour arrived in Berlin to take part in the Track Cycling World Championships.

Cycling's world governing body has said the UAE Tour was cancelled due to "suspected" cases of coronavirus before it emerged at least one of the two staff members involved may have tested negative for the disease.

All riders at the race, including Chris Froome, Mark Cavendish and Adam Yates, who has been declared the winner, have been placed in lockdown at their hotels and are being tested.

Danish cyclist Michael Morkov is being kept in solitary confinement at his team's hotel in Berlin after arriving from the UAE. The 34-year-old arrived in Germany on Thursday, having left Abu Dhabi before the abrupt cancellation of the UAE Tour.