Ireland defender Ciaran Clark faces a race against time to be fit for the Euro 2020 qualifier against Slovakia next month after suffering a "bad" ankle injury during Newcastle's 4-0 defeat to Arsenal today.

"He's got a bad one," Newcastle boss Steve Bruce told reporters after the game.

"It doesn’t look good. By the state of his ankle it looks pretty serious. We’ll know more in next 24-48 hours.

"It doesn’t look great, the state of his ankle, leaving the ground on crutches. I can’t say now how bad it is but it’s bad enough."

Ireland manager Mick McCarthy already has a serious fitness concern with James McClean recovering from a medial knee ligament injury and a doubt for the game in just under six weeks' time. 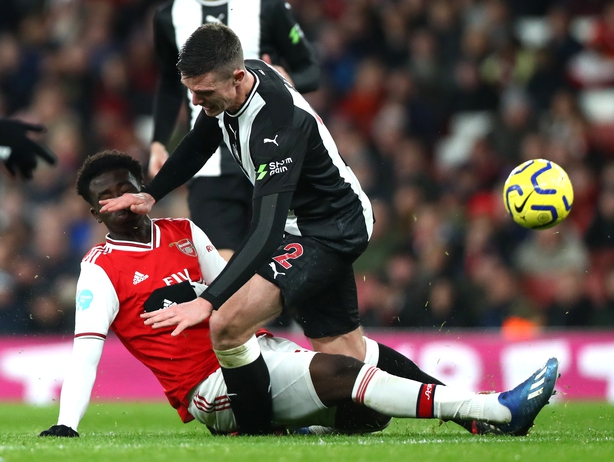 Clark came on as a half-time substitute for John Egan during Ireland's last qualifier, the 1-1 draw with Denmark in November.