Jose Mourinho has delivered a sobering assessment of Troy Parrott's first team hopes at Tottenham, saying the Republic of Ireland international "needs to work a lot".

The former Chelsea and Manchester United manager does not believe the 17-year-old is ready to step into the goalscoring void left by the injured Harry Kane.

There were hight hopes for the Dubliner's first-team prospects after Mourinho handed him a debut and the match ball in December against Burnley.

However he has not featured in a Spurs squad since he was an unused sub in the 1-1 FA Cup draw away to Middlesbrough.

With Kane out with a hamstring injury until April at the earliest, Mourinho has improvised, as Lucas Moura, Heung-min Son, and Dele Alli have all led the line.

Speaking ahead of Wednesday's Premier League encounter with Norwich, Mourinho explained Parrott's absence to the media, after suggesting he has recently explained it to the player himself.

"I'm ready to answer you because I had a long conversation with him today, so I’m ready to share with you a little bit," said the Portuguese.

"I think he has potential. I think he needs to work a lot. He has a process to go through, a process that probably [Japhet] Tanganga had. One thing is [being] 17 and another thing is 20. We are speaking about three years of distance and three years.

"Okay, in Tanganga's case it was three years without a Premier League match, but it was three years of working and playing: playing in his age groups, playing in England national teams, which also gave him some experience. Then with me it was just the last part of his preparation before he had his first opportunity.

"I think Troy has to go through a process. Can he have minutes? Yes, he can minutes. I’m not saying he’s not able to have minutes, but to put on his shoulders the responsibility of replacing somebody to be replaced, I don’t think he’s ready at all." 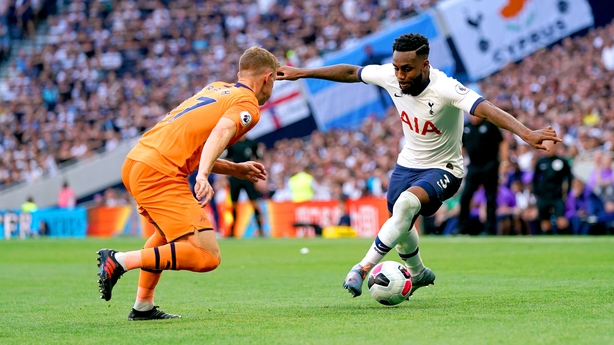 Meanwhile, Mourinho has played down reports of a training ground bust-up with Danny Rose.

The Tottenham head coach is said to have clashed with Rose after he was left out of Saturday's 0-0 draw at Watford, having also missed the midweek FA Cup win over Middlesbrough.

But Mourinho said he had no issues with his left-back and explained further why he left him out.

"No. Between me and Danny? No," Mourinho said when asked if there had been a disagreement. "My relationship with my players is good and I love to work with my group. And that's it.

"I don't know what you mean by tension in the air, I don't have any problem with him.

"And also because his performance against Liverpool was not phenomenal.

"On the Thursday before Watford, late evening, I got a call from my medical staff saying that Danny was calling them with a problem in his back and he wouldn't train the next day.

"So Friday, the day before the game, it was a bit of surprise that he was ready to train. It was not a big problem but even so I decided then to play with Tanganga and have Ryan on the bench. That's the situation." 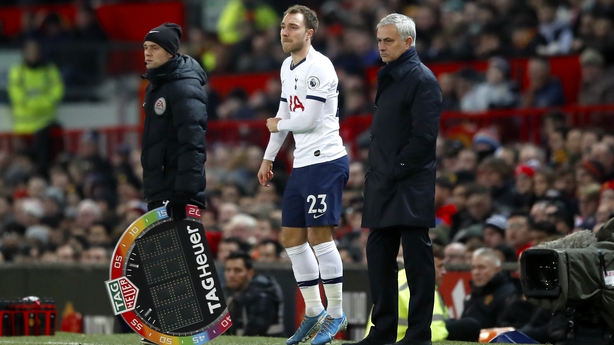 With just 10 days left of the transfer window, Mourinho was not prepared to update on any movements, either signings or the potential sale of Christian Eriksen.

Eriksen, who Inter Milan have reportedly bid for, will be involved in Wednesday's Premier League game against Norwich.

"In relation to Christian, the answer is not good for you. But that is the answer, and the answer he is selected for (Wednesday).

"He is selected for (Wednesday), he will play (on Wednesday)."

Spurs have been linked with Paris St Germain striker Edinson Cavani, but Mourinho did not want to speak about a striker, unless his name was Kylian Mbappe.

"I think I have a very good relationship with Mr Nasser (Al-Khelaifi, PSG president) and Mr Leonardo (PSG sporting director)," he said.

"I want to keep that great relation, and good relations are based on respect, and I'm not going to talk about a player from Paris St Germain.

"Unless you want to joke and they are my friends, they could send Mbappe on loan. More than that I have nothing to say."

Spurs will have Tanguy Ndombele back against Norwich after a hip injury which kept him out of four games and has caused frustration to Mourinho.

The Portuguese said he will play some part against the Canaries.