Hot on the heels of handing Troy Parrott his Premier League debut on Saturday, Tottenham boss Jose Mourinho could give the Republic of Ireland international a first taste of Champions League action in his side's final group game against Bayern Munich tonight.

Parrott entered the fray in the second half of Spurs’ 5-0 drubbing of Burnley at the weekend, with Mourinho handing the match ball to the substitute after the final whistle.

Harry Kane, Dele Alli, Jan Vertonghen and Serge Aurier have all been left at home for the dead rubber in Group B, with both teams having already secured qualification for the knockout stages.

A host of players who have yet to feature with any regularity could get the chance at the Allianz Arena – including the 17-year-old Dubliner – and Mourinho has challenged them to make an impression.

"One thing that I am not having is time, when I say time, I mean to know all my players well," he said.

"A player in competition is different to a player training, some of my boys didn't have the chance to play many minutes in these five matches since I arrived.

"We try to mix a little bit these factors. We need to play for Tottenham, that is our responsibility but at the same time there are other things.

"We are going to have as you all know an incredible number of fixtures until the new year and I think it is understandable that we are going to make a few changes and we are going to rest a few players and give opportunities to other players." 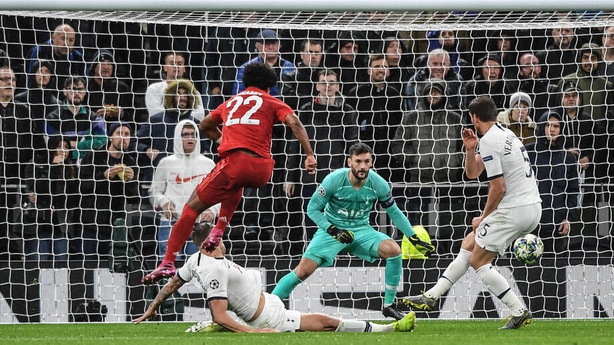 Mourinho brings his side to the Allianz Arena, a place he might have managed after he was linked with the Bayern job before his Spurs appointment.

The Portuguese also learned German, to heighten speculation, but he insists he does not allow himself to ponder managing the five-time European champions due to his happiness at Tottenham.

"I don't imagine myself at Bayern Munich only for the reason I'm so happy with my job, I don't look to the next step," he insisted.

"I think I will leave Tottenham one day, when the owner Mr Levy, eventually the supporters and the players wanted me to leave.

"Because I don't think to leave at all. That's the only reason I say I don't see myself in such a big club like Bayern Munich."

As well as the quartet rested, Spurs will be without Harry Winks, Tanguy Ndombele, Hugo Lloris, Ben Davies, Erik Lamela and Michel Vorm.

Bayern Munich will be without Corentin Tolisso after the midfielder sustained a thigh injury in the weekend Bundesliga defeat to Borussia Monchengladbach.

Jerome Boateng also suffered an injury in that game but interim coach Hans Dieter Flick expects him to be fit.

Bayern are confirmed as group winners having won their first five games, including a memorable 7-2 win over Spurs in October's reverse fixtures.

Former Arsenal player Serge Gnabry scored four goals that night as they inflicted a heaviest ever European defeat at home for an English team.

Flick, who is in interim charge following Niko Kovac's sacking last month, hopes his side can deliver a repeat performance in front of their own fans.

He said at a press conference: "Tottenham had some chances before we could equalise, but then we took every chance in the second half and it would be nice if we manage to do that again tomorrow and we want to give the fans a good game."

Bayern's domination in Europe is at odds with their domestic form as back-to-back defeats have left them seven points off leaders Gladbach.