Football Association of Ireland delegates have been given details of the restated accounts for 2017 and the financial statements for 2018 at the reconvened Annual General Meeting in Dublin today.

The position of the organisation is very serious according to Executive Lead Paul Cooke and there is a possibility of examinership or liquidation.

Outgoing President Donal Conway added that if the body goes into examinership it will call into question the FAI's membership of UEFA and FIFA and participation in international competitions.

He added the board is working very hard to avoid that outcome.

One delegate asked how much could be realised if the FAI sells its stake in the Aviva Stadium.

Cooke said the bank has a charge of €30million on the stadium and the FAI needs €20m so it would need to get a price of €50m.

FAI auditors Deloitte say that in their opinion they were misled, alleging that contracts were withheld from them and that the FAI failed to keep accurate books of accounts.

The FAI are now looking for new Auditors as Deloitte are not seeking reappointment.

Financial statements show that the FAI has current liabilities of €62m and that they made a loss of €8.9m in 2018.

Ursula Scully from Schools football was elected into the board to replace John Earley and President Donal Conway confirmed his intention to step down at an EGM next month.

FAI auditors Deloitte say that in their opinion they were misled and that the FAI failed to keep accurate books of accounts.

FAI Executive Lead Paul Cooke admitted there is a possibility of examinership or liquidation. pic.twitter.com/cHegqkhDnN

Conway said he could not rule out further damaging revelations, especially with the ongoing investigations into the running of the body for the last number of years.

One of the investigastions, the Mazars report, could be out in the spring of next year, according to Conway.

He added that he has no idea where the investigation by the Office of the Director of Corporate Enforcement may lead.

The KOSI report is in "quarantine" after being handed over the Gardaí.

Denis Bradley of Derry City said the FAI should issue a statement today apologising to the people of Ireland and the football family for failing in its duty and asking for their patience as it works to remedy the current crisis.

Bradley said the board, the council, of which he is a member, and the staff of the FAI should all share responsibility for the debacle.

He said he joined the FAI Council three years ago and in his experience a member asking a question is "treated like Oliver asking for more food".

Conway agreed to offer an apology and said at a later press conference that the crisis was "a matter of huge regret".

Delagates were warned prior to the meeting that they should be aware of legal consequences of their questions.

A legal team were in the room making decisions on whether a question would have ramifications and if it could be answered. 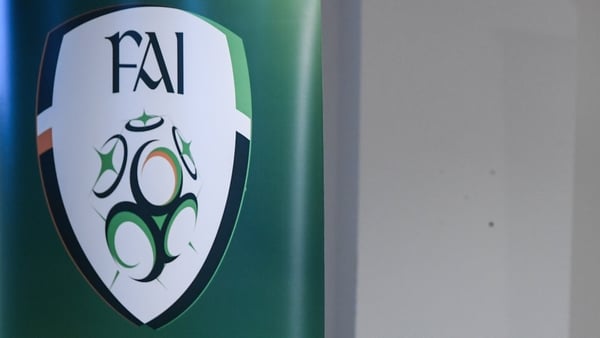