Shamrock Rovers defender Joey O'Brien is already straining at the leash to get back to action and help the Hoops dethrone Dundalk as Premier Division champions.

The 33-year-old was named SSE Airtricity/Soccer Writers’ Association of Ireland Player of the Month for October after helping the Tallaght outfit to end a 32-year wait for the FAI Cup.

O'Brien had a fine game against the Lilywhites in the decider at the Aviva Stadium as Rovers held their nerve in a penalty shootout to claim the glory.

Now, he wants a title charge. 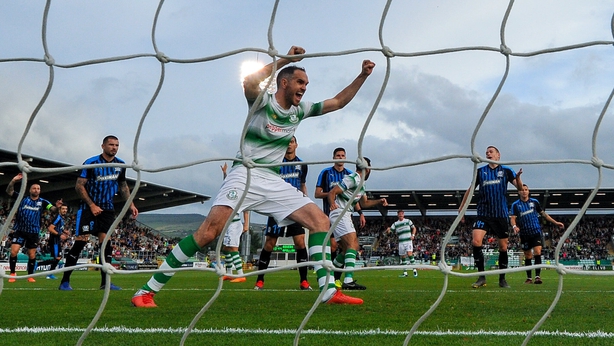 "It’s been a great few weeks," the five-times-capped Republic of Ireland full-back said.

"Winning the FAI Cup was a nice way to end the season. When I came back to Ireland, the only thing I wanted to do was play for Shamrock Rovers. I spoke to the manager [Stephen Bradley] and Stephen McPhail and we talked about winning silverware with the club.

"Luckily, we’ve been able to do that. I had loads of family members at the game who are Shamrock Rovers fans and you could see just how much it meant to them."

O’Brien beat his team-mate Roberto Lopes into second, with Dundalk's Michael Duffy third in the voting, for the player of the month award.

Currently on a well-earned break after a tough campaign, the former West Ham and Bolton Wanderers man has set his sights on wrestling the Premier Division crown from Vinny Perth's men in 2020.

"I’m already looking forward to getting back," he added. "The main aim will be closing that gap on Dundalk, so hopefully we can get off to a good start next season.

"The manager will want to bring in a couple of players to add competition and a bit of freshness that you need in order for us to kick on to the next level."