The Republic of Ireland Under-21s are on the crest of a wave and chief among those making a  serious impression under Stephen Kenny is Zack Elbouzedi.

The frontman was instrumental in the 4-1 victory over Sweden in Group 1, with the win propelling the Boys in Green to the top of the table and well in the hunt for a place in the 2021 European Championships.

With Aaron Connolly, Troy Parrott and Lee O'Connor all making their senior bows in the last month, the progression to the senior team has been paved and the Irish young guns appear to be thriving under Kenny’s stewardship.

None more so than Elbouzedi, who like his fellow forwards Adam Idah and the aforementioned Parrott, was among the goals in eye-catching performance at Tallaght Stadium.

The visitors entered the break one goal to the good and Kenny decided to tinker with his front trio, with Elbouzedi benefitting from the switch of flank, while the likes of Connor Ronan, Jason Knight and Lee O’Connor stamped their class on proceedings.

The gaffer switched it at half-time and I just ran at my man. He couldn't really handle it

"It was a bit of a roller coaster," the Dubliner told RTÉ Sport’s Tony O’Donoghue. "In the first-half we didn’t really get our game going, but with the quality and character in the team, we always believe in ourselves.

"We started the second half really well and I think they were a little rattled, so we just kept going.

"The gaffer switched it at half-time and I just ran at my man. He couldn’t really handle it so I kept going. We got a lot of joy from that, the second goal came from that." 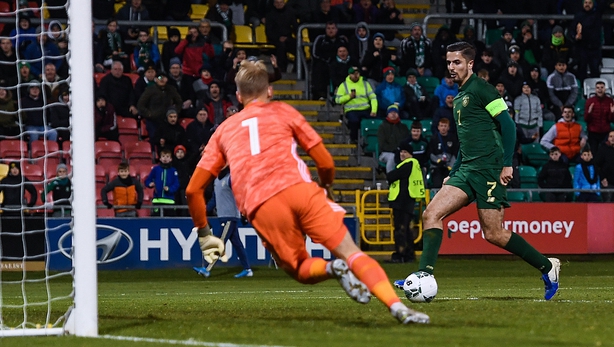 The Waterford winger capped off a fine performance with the fourth and final goal when he was handed the simplest of tasks from three yards out following a clever run and square ball in from Ronan out on the left.

A special moment indeed for the 21-year-old.

"I had a few injuries this season, so it’s nice to be back. I could have had a double, I missed a chance right before it, but it’s about getting in the right positions and scoring."

The victory leaves Ireland three points clear of second-placed Italy, albeit with two more games played in what has become a two-horse race for automatic qualification for the 2021 tournament.

As well as the team are performing, Elbouzedi admits there is no chance any of the players will be taking things for granted.

"There is so much quality, the training sessions are the best I have been a part of. Even the bench and people who aren’t in the squad, they could easily play. There isn’t much between us." 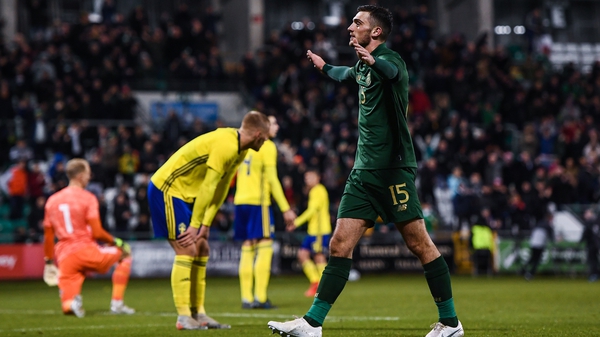 Ireland U21s turn on the style to crush Sweden