Denmark manager Age Hareide expects Ireland's need for victory tonight to leave gaps at the back that his side can exploit.

The Danes, who have only been beaten on penalties in their last 32 games under the Norwegian, need just a draw in Dublin to qualify for Euro 2020, whereas only a win will do for Mick McCarthy's men.

Denmark have won one (the 5-1 drubbing at the Aviva in 2017) of the five meetings between the sides in the last 24 months and there have been four draws. Surely Hareide might be tempted to settle for another stalemate tonight?

"If you do that, you can end up with nothing at all," the Norwegian native told RTÉ Sport.

"We've only done it once in the last 32 matches. That was against France in the World Cup, because both sides needed one point to go through and it was ideal to think that way. We also saw the French players were not that interested and it was a boring game.

"But we expect the Irish to come at us and we have to do the same, because that can give us space, the possibility to attack them.

"They are more difficult when they are deep, they defend well and work hard."

The increase in the number of Irish players performing at the top level in England hasn't escaped Hareide's notice.

"You can see the team is filled up with the Sheffield United players who have done well in England.

"There are a lot of Premier League players and that's probably the best league in the world."

Hareide explained that the Spurs man, whose form hasn't been as imperious this season as last, was more in need of game time than rest.

"He hasn't played that much for Tottenham and I think he needed to come into that rhythm of playing.

"Last year he played every match for Tottenham, almost 90 minutes every time and he can run all day and night.

"Gibraltar was a good game to let him have that, to play and run. We saw a lot of the ball and he scored two goals." 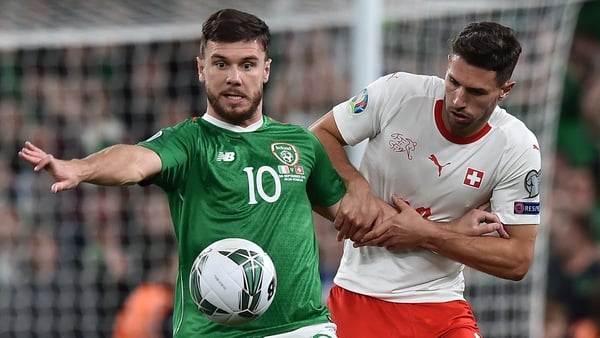