Jack Byrne has crammed a lot into his 23 years.

The Shamrock Rovers playmaker went to Manchester City with stars in his eyes aged 14, but learned tough lessons in a cut-throat world. His path to the top has taken detours to the Netherlands - with Cambuur - and Scotland - with Kilmarnock - and had pit stops at Blackburn Rovers and Oldham in between.

A return to his native Dublin to play with Shamrock Rovers a year ago has settled Byrne, and it's a move that's drawn the best from him. His terrific first campaign in the Airtricity League Premier Division ended with an FAI Cup, an Ireland cap and heaps of praise.

Byrne has matured, and he'll find himself in the unusual position of being something on an elder statesman at the Aviva Stadium tonight against New Zealand, where he'll look to guide  another sparkling north inner city Dub through his own highly anticipated debut.

"We only live round the corner from each other. I'm sharing a room with him, trying to keep him on the straight and narrow! I'm looking forwardto be out there with him." 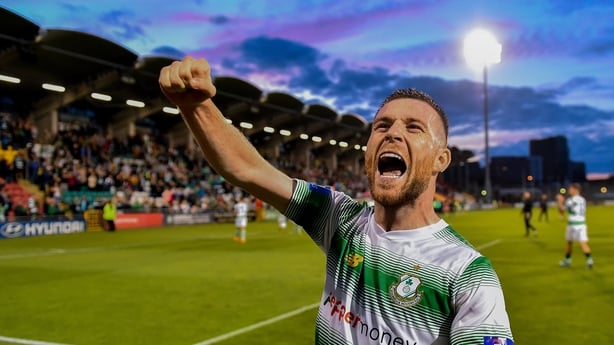 Byrne made his international bow in the 3-1 friendly win against Bulgaria back in September, looking right at home in an eye-catching 30-minute cameo.

The Dubliner starts tonight - as does Parrott - two weeks after helping Shamrock Rovers end a 32-year wait for the Cup with a penalty shootout defeat of Dundalk. It's been quite the month.

"I came home with an open mind, but I never would have imagined that the year would have gone as well as it has - playing for Ireland and winning the FAI Cup with Rovers," Byrne reflected.

"Getting the individual award for (PFAI) Player of the Year was unbelievable as well. Look, it's been a year to remember.

"It was an easy decision (to come to Shamrock Rovers from Kilmarnock) because of the position I was in at the time. I wasn't playing. I just wanted to get back on to the pitch.

"I knew coming home to Shamrock Rovers and working with Stephen Bradley, Stephen McPhail, Glenn Cronin, all these people, would be a good fit for me.

"Being able to see my family every day for the first time since I was 14 years of age when I moved over to Manchester City was different, but I loved it. I'm enjoying every minute of being home I think it's tough for any young Irish kid going across the water.

"The opportunity comes up and it's something you can't turn down when a club like Manchester City comes calling and they offer you a five-year contract. I had the best football education I could have got over there.

"I worked under some unbelievable managers - Patrick Vieira, Manuel Pellegrini, Pep Guardiola... to learn from those people was unbelievable." 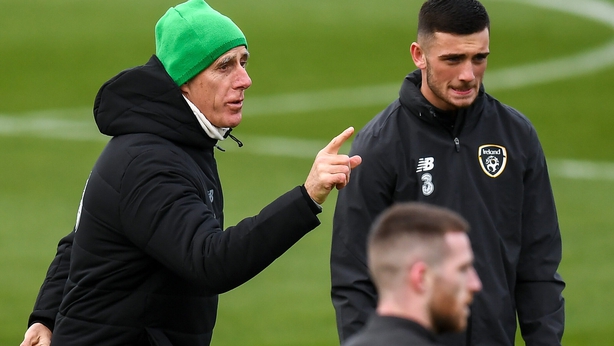 Ireland boss Mick McCarthy has strongly suggested that he's already settled on his team to start Monday's enormous Euro 2020 qualifier showdown against Denmark but a strong showing tonight would do nobody any harm.

It might plant a seed in McCarthy's mind should he need a plan B off the bench against the Danes.

Besides, having had to bide his time for a first taste of senior action, Byrne is philosophical about pulling on the green shirt.

"When I got the call to come on (against Bulgaria) it was an unbelievable feeling, indescribable. I probably won't get that feeling again in my life. I loved every minute of it. Hopefully there's a few more.

"I just wanted to show people what I was all about. I didn't know whether the chance was going to come around again so I tried to take it with both hands and show people in this country my style of play and what I'm capable of.

"Football is a mad game. You don't want to be going around telling everyone you might be playing for your country just in case you don't.

"It has been surreal (playing for Ireland) because I didn't expect it. Now I'm here and I'm trying to enjoy every moment. The lads have been unbelievable to me.

"I've been in a couple of squads now so I'm getting more comfortable the longer I'm in."

McCarthy said he wants Byrne "to do what he does for Shamrock Rovers... he gets a hold of the ball, passes it and he creates chances".

Since he took the reins from Martin O'Neill, McCarthy has challenged and cajoled the Dubliner into doing more to prove he's ready for the step-up. Byrne has relished it.

"He's got all the lads on board," he said of the manager. "Speaking from a personal point of view I love coming in here, working with the gaffer and Terry Connor.

"For myself personally they've been unbelievable and I'm sure most of the boys would say the same.

"I don't think it's pressure; I'm excited. I have a nervous, excited feeling. I just want to try and enjoy it, take it all in.

"The mood is good. Everyone is excited about the game on Monday but we know we've a job to do against New Zealand. We can't look past them."