If familiarity does indeed breed contempt, then there will be little love lost between the footballers of Peamount United and Wexford Youths.

For the second successive FAI Women's Cup final, the sides meet at the Aviva Stadium, but with contrasting stories from last year’s decider.

This time around it is Peamount who will travel as league champions having wrapped up the title at the weekend, while it is Wexford who will be looking to spoil the party.

Revenge may not be openly spoken by anyone associated with Peamount, but some steep learnings from last year cannot be discarded.

"It’s a completely different experience. We didn’t adapt to the game as quick as we should."

Not surprisingly, Wexford captain Kylie Murphy is hoping her team can draw on last year’s performance for inspiration.

Few chances were created, but they claimed the one and only goal of the game. 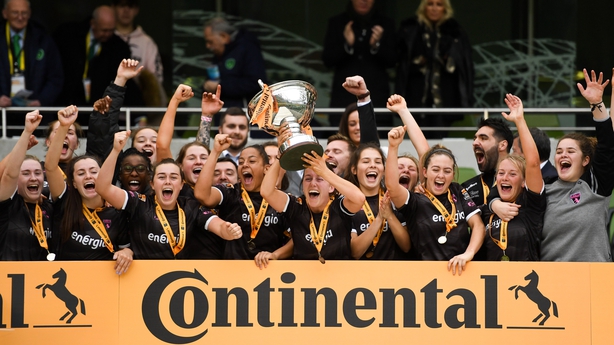 The experience is one that she wants to recapture. They handed a 7-1 drubbing to Kilkenny in the Women’s National League at the weekend, but are 15 points adrift of the newly-crowned champions.

"To lift the trophy was an unbelievable experience. It was incredible. Words can’t even describe it."

O’Gorman admits that wrapping up the league will give her team-mates an extra boost, but settling into the game is paramount.

A record crowd is being mooted for Sunday’s final, and failure to deal with the nerves of a cup final is something Peamount are looking to rectify.

"It was a great experience for us being here and realising how big the pitch is, so we are hoping to use that to our advantage this year.

"We were a little unfortunate the way we conceded and we didn’t convert our chances. We are looking to reverse that this year and use a little composure.

"We want to go out and enjoy the occasion and hopefully come out with the right result."

The holders are acutely aware of what awaits them on the hallowed turf on Lansdowne Road. 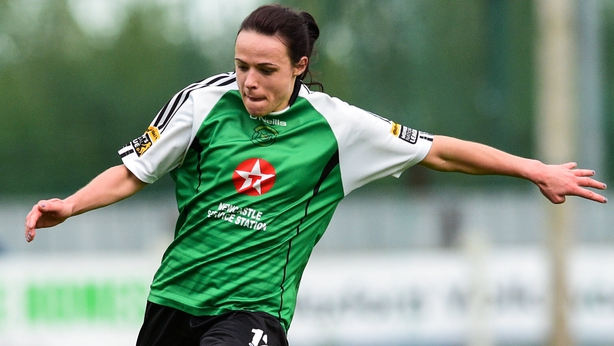 Goals from O'Gorman (above) and Megan Smyth-Lynch sealed Peamount's 2-0 semi-final win over Shelbourne and Murphy is relishing the challenge.

"We know a good bit about them, as they do about us," Murphy said.

"They are an incredible team and will be very hard to beat. They are going to be high on life after winning the league last weekend. It’s going to be a good battle between two good teams."

And it will be a a battle played out in front of a growing fan base. A record crowd watched Ireland secure a 3-2 win over Ukraine in the Euro 2021 European Championship qualifying campaign and O’Gorman hopes the feel-good factor continues on Sunday.

"It’s important to get as many people in as we can to watch. Hopefully ourselves and Wexford can put on good display and make everyone want to keep coming to watch."

FAI Women's Cup final preview: A look ahead to the eagerly anticipated clash of Peamount United and Wexford Youths Women FC at the Aviva Stadium on Sunday, a match which will be broadcast live on @RTE2 and @RTEplayer. pic.twitter.com/uHi6HY6iuh

"No matter how many times you play here, whether you have won or lost, it’s a huge occasion," Murphy added.

"You are walking out to family, friends and supporters. It gets you every time and it is about focusing the nerves as quickly as you can and getting that first touch."

Follow Wexford Youths v Peamount United in the FAI Women's Cup final (kick-off 12.05pm) on Sunday via our live blog on RTE.ie/Sport and the News Now app, or watch live on RTÉ2.