The Ireland match in Geneva survived a pre-match pitch inspection and Mick McCarthy confirmed his side shortly afterwards, naming Aaron Connolly in his starting XI as expected.

McCarthy has opted to go for an attacking formation and the side will line out in a 3-5-2 set-up.

Seamus Coleman will captain the side, playing in the right wing-back position, while Shane Duffy and John Egan will be joined by Stevens in the three-man defence.

James McClean will marshal the left flank, also playing in a wing-back role.

The midfield three will consist of Glenn Whelan, Browne and Jeff Hendrick, while Darren Randolph remains in goal for Ireland.

Switzerland keep faith with the same eleven that lost 1-0 to Denmark in Copenhagen on Saturday.

Veteran Stephan Lichtsteiner keeps his place and will captain the side, while Kevin Mbabu, who impressed in Dublin last month, must settle for a place on the bench.

Coach Vladimir Petkovic has named the same trio up front despite speculation that he was set to change that area of the pitch. 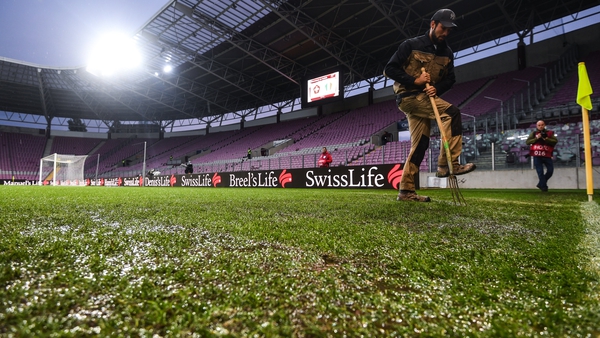