Wales manager Ryan Giggs' claim that winger Daniel James was being "streetwise" in relation to an aerial collision has been criticised by brain injury charity Headway.

James was clattered by Domagoj Vida in the 14th minute of the 1-1 Euro 2020 qualifying draw at the Cardiff City Stadium, with the Besiktas defender booked for his rash challenge.

The 21-year-old looked as if he would have to be substituted when a stretcher was sent on to the pitch, but he was able to rejoin the action after receiving lengthy treatment from medics.

Giggs said the player passed the concussion protocols and added that the player "stayed down and was a bit streetwise", and that he was "just using his nous".

Headway has taken a dim view of the situation, with its chief executive Peter McCabe commenting: "Ryan Giggs' claim that the player was being 'streetwise' by staying down and appearing to have been knocked out is shocking.

"If that is the case and James was 'acting', it raises serious questions about the player's understanding of the seriousness of concussion. Not only has he put his own medical team under intense and unfair scrutiny, but he's also set a dangerous example for the millions watching at home.

"Similarly, we have serious concerns about terms like 'streetwise' or that the player was 'just using his nous'. It is simply not acceptable for teams to use concussion protocols for tactical gain."

McCabe added: "Like most people watching the footage of the incident, our immediate concern was for the player's health.

"As soon as the incident occurred, he was attended to by the medics who then determined that he was fit to continue.

"Although it is argued that concussion protocols were followed, the rules state that if a concussion is suspected a player must be removed from the game. To all watching, it appeared that Daniel James lost consciousness.

"Regardless of his manager's comments after the game, this in itself must surely have given enough reason to take a cautious approach."

Giggs said after the game: "The physio came over but there was no problem. We did all the (concussion) tests at half-time and he was fine."

Giggs then appeared to suggest James was not as badly injured as many had feared after being sent sprawling by the combative Vida.

"He stayed down and was a bit streetwise," the former Manchester United man said.

"He told the doctors 'I'm not moving, I'm just sitting still'. Not to get anyone sent off, he was just using his nous."

It has been reported that football's lawmaking body, the International Football Association Board, will discuss proposals at its next meetings on 23 October to increase the assessment period for concussions from three minutes to 10 minutes.

As part of the same proposal, concussion substitutes could be introduced while a player receives treatment, and stay on if they are unfit to continue. 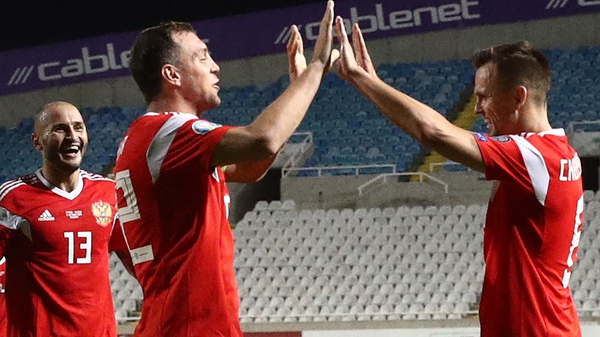