The Swiss FA have indicated that Granit Xhaka will make himself available for the upcoming qualifiers against Denmark and Ireland, having become a father for the first time on Monday.

It was reported last month that the Arsenal midfielder was planning to take time away from football in October as he and his wife were expecting their first child.

His international teammate Haris Seferovic had taken time away in similar circumstances and Xhaka's quotes indicated he would do likewise.

""There are more special things in life than football. For example, when you become a father," he told reporters. "With Haris it was agreed that he gives everything against Ireland and then travels home. And with me, it would probably fall on that time when we play."

It was anticipated that coincide with the international break, with Switzerland facing into an away game against Denmark and a home tie against Ireland.

However, the Swiss FA today reported on their website that Xhaka did not train with the national team today as he and his wife Leonita had become parents for the first time.

"Xhaka should join the squad on Wednesday," the statement concluded. 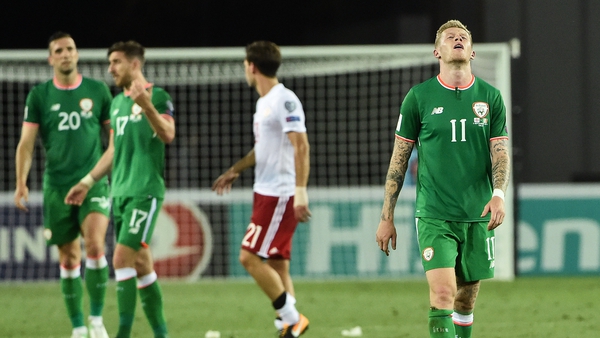 Treacy: The wheels could come off in Tbilisi and Geneva