Former Republic of Ireland international Keith Treacy is filled with foreboding ahead of Ireland's critical pair of away qualifiers against Georgia and Switzerland, believing that this could be the moment when "the wheels come off".

Mick McCarthy's team remain unbeaten and atop Group C - though Switzerland have played a game less - but they've been hit with a raft of injuries, especially in defence.

Richard Keogh and Enda Stevens are both ruled out, the latter through suspension, the former for reasons rather more serious, and while the manager has said he'll keep a seat on the plane for the experienced Shane Duffy, at this remove it appears likely that Ireland will have to plan without the Derry defender.

There is also considerable uncertainty over the availability of David McGoldrick, who has become a near indispensable figure in attack this year.

Speaking on the RTÉ Soccer podcast, Treacy feels that this makeshift Ireland will struggle over the next eight days.

"We're rounding a bend now and I have a feeling this could be where the wheels come off. Just to be truthful about it. I can't see us getting a win in Georgia and I don't really see us getting anything in Switzerland.

"We're so reliant on our defenders, Duffy, Keogh, Coleman. The spine of our team is gone. Keogh is gone, Enda Stevens is gone at left back.

"I don't see the big strong presence. I don't see a leader. Whelo (Glenn Whelan) has done very well over the years for Ireland but to still be in that Irish midfield at that age, there's going to be questions asked.

"I think Georgia are a better team than people give them credit for. It's such a hostile atmosphere over there. I travelled over there with the Irish team under Trapattoni once and it was a different kettle of fish over there."

The doom and gloom abated in rather abrupt fashion at the weekend, following a stunning weekend for Irish footballers in the Premier League, one principally decorated by Aaron Connolly who grabbed headlines with a sensational performance for Brighton, bagging two goals on his first top flight start against Spurs.

It didn't end there, with Jeff Hendrick nabbing the winner for Burnley against Everton and Conor Hourihane lashing home a screamer in Aston Villa's demolition of Norwich. On top of all that, Scott Hogan scored a late winner for Stoke City against Swansea in the Championship.

Treacy doesn't believe that McCarthy will start Connolly in such fraught circumstances next weekend, but does feel that the manager may be tempted to throw him into the fray, depending on how the game is going.

"I think in any other circumstance he would have started him. But with it being away to Georgia and there being so many makeshift players coming in, there's so many people filling holes at the minute that it wouldn't be fair on him to put him in at the minute.

"It's not a great Irish team to be honest so to throw another lad in when people are playing out of position and going to be filling holes, away to Georgia, I think that's going to be a bridge too far even for someone as talented as him.

"We're not going to have a lot of the ball on Saturday, I don't think. Somebody like Connolly could spark a bit of magic, leave someone for dead, break the midfield line and we're through.

"We're going to see how the game goes. See if Mick is going to play five in the middle, or 4-1-4-1. I'd be very tempted to throw him in and put McClean left back and put Connolly on the wing." 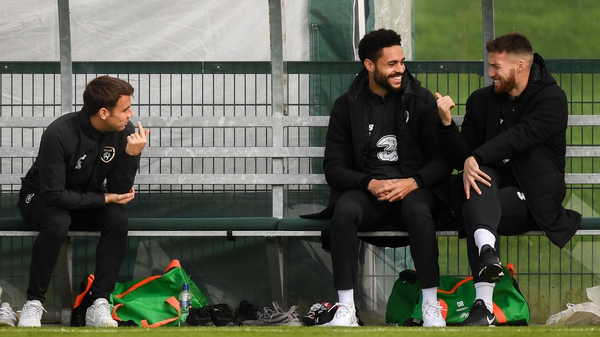