The Blades welcome Jurgen Klopp's unbeaten table-toppers to Bramall Lane for a 12.30pm kick-off but McGoldrick looks set to miss out.

The 31-year-old has missed the last two matches with a muscle injury and boss Chris Wilder is not optimistic about his chances of being fit, though he should return in time for October's Euro 2020 qualifier double-header against Georgia and Switzerland.

Fellow striker Billy Sharp is suspended but on-loan Everton midfielder Mo Besic returns to contention having been unable to play against his parent club last weekend. 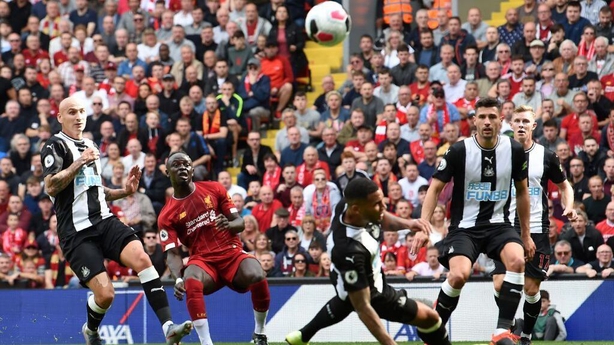 The Blades face the daunting task of hosting a side that has won its last 15 Premier League matches stretching back to last season, and who have already opened up a five-point lead at the top of the table this time around.

Henderson will be the man tasked with keeping the Reds at bay and Wilder believes his young goalkeeper is up to the challenge.

"Liverpool's forward three have been unbelievable for the past couple of years," said Wilder. "In terms of the quality they've got, the mobility and way they interchange, we're going to have to have an unbelievably great day to keep the ball out of our net.

"Our goalkeeper is going to have to make saves, we understand that, but I feel we have the best young goalkeeper in the country."

Henderson played a key role in helping the Blades win promotion to the Premier League last season during his loan spell at the club.

The 22-year-old is highly regarded at Old Trafford too, after signing a new contract until 2022 this summer prior to rejoining Wilder's side on a second season-long deal.

"He's an outstanding goalkeeper. He will rise to the occasion I'm sure, and he, like all the other players, will relish the opportunity of going go toe-to-toe with Liverpool on a level playing field," added Wilder.