Such is the enormous expectation that sits, seemingly so lightly, on the young shoulders of Troy Parrott that a lot of Irish fans probably expected the Dubliner to mark his full Tottenham debut with a star turn last night.

The 17-year-old Dubliner certainly held his own in the Carabao Cup clash at Colchester before being taken off for Christian Eriksen, though this will be a game everyone involved with the Premier League giants - beaten on penalties by the League Two minnows - will be happy to forget pretty quickly.

Afterwards boss Mauricio Pochettino said Parrott "needs time, he is so young... for sure he is going to be a very important player for Tottenham in the future but maybe he needs one or two years of being involved and playing in this type of game, like Japhet, like Oliver Skipp".

It will be difficult to hold the precociously talented attacker back however, and a man who has seen what he can do up close has no doubt about Parrott's ability.

"He scored against Armenia (in the Under-21 European Championship qualifier earlier this month) and then he wasn't in the starting 11 for the Sweden game, purely for tactical reasons. It wasn't based on his performance. He came on and scored two great goals to win us the game.

"He's 17, which is the craziest thing about it. He's only 17. He's playing for the Under-21s and doing well and he made his debut for Spurs last night. He's got incredible ability and he's completely down to earth; a top, top pro. I can see him doing very well. 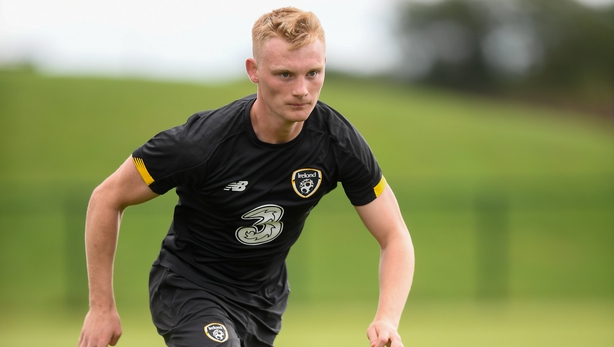 Scales himself has had a rollercoaster year.

The Students are bottom of the Premier Division and staring relegation in the face, having parted company with manager Collie O'Neill back in August, three days after a disastrous 10-1 loss to Bohs.

Scales played that night at Dalymount - "not nice" - but he was supposed to have moved on to pastures new by then.

"I was in talks with Bristol Rovers," said the 21-year-old. "I was under the impression it was going to happen. Unfortunately there were issues on their side of it. I'd stopped playing for UCD to give myself a couple of weeks' break to go over and be fresh.

"It's in the past, it happens in football. Right now I'm not thinking about it. I suppose at the end of the season I'll have a month or so to see if anything comes up. If there's a possibility I'd love to take it.

"I'd love to go full-time. That's been my ambition. It's something I hope to do, either abroad or in Ireland."

Scales stayed on the bench for the two qualifiers against Armenia and Sweden but he's highly rated by Stephen Kenny, who has invigorated the Under-21s since taking the reigns last November.

"His record speaks for itself," Scales said of the former Dundalk manager.

"The energy he brings into a dressing-room is unbelievable. The staff, Jim Crawford and Keith Andrews, they're doing a great job too. It's such a positive dressing room all the time.

"In Sweden for example, we didn't go there thinking we might sit back, keep a clean sheet, get out with a draw. We went for it. That's his philosophy. Traditionally Irish teams wouldn't go away and do that. He's completely changed that philosophy.

"He loves expansive football, playing out from the back. When players buy into it, it works. That's what's happening with the Under-21s at the moment."

Scales sees similarities between Kenny and his old mentor O'Neill when it comes to the way they want the game played. Composed, possession football is constantly encouraged and nurtured by both.

He admits he watched O'Neill leave UCD with a heavy heart but remains determined to keep the Students' faint safety hopes alive.

"I have a great relationship with Collie. He gave me my debut when I was 17. He trusted me. I owe Collie a lot. I was sad to see him go. He's a great coach, with a great reputation. I can't see him being out of the game too long.

"When a result like the Bohs game goes against you, people have to think long and hard about performances. It's not nice. It happens. But I think we do have a strong group. There are characters that bring everyone back up after things like that. That happened and Collie lost his job soon after it so it was a tough week.

"We're still training as hard as we have been all year. Some things just haven't gone our way - injuries, players leaving - and it does affect the mood negatively, but there's still a positive outlook.

"We can still stay up. Until that situation changes, we just have to stay positive."