Republic of Ireland U-21 international Troy Parrott made his senior debut for Tottenham Hotspur as the Premier League side bowed out of the Carabao Cup after a 4-3 penalty shootout defeat to League Two outfit Colchester United.

After 90 goalless minutes, the U's took another Premier League scalp as Tom Lapslie hit the winning spot-kick after Christian Eriksen and Lucas Moura missed in the shootout.

Manager Mauricio Pochettino made 10 changes to his starting team and one of those was the inclusion of Parrott for the first time.

The 17-year-old became the first Irish player to play for Spurs' first team since Robbie Keane and the callow striker was tasked with leading the attack, with Lucas Moura, Dele Alli and Oliver Skipp providing support.

Parrott, a product of Dublin schoolboy club Belvedere, often dropped deep at the Colchester Community Stadium to pick up possession and did have one scuffed effort on goal in the opening 45 minutes before he was replaced by Christian Eriksen after 20 minutes of the second half.

Despite the changes in personnel, there was still enough quality on the pitch for Spurs to be able to beat a side 71 places below them in the football pyramid, but they laboured badly.

They could not find the breakthrough and Colchester, who did not manage a shot on target in the 90 minutes, followed up their second-round win against Crystal Palace with an even bigger scalp on what is one of the most famous nights in their history.

Parrott would have been dreaming of this night for some time and he almost made the perfect start but a low shot was deflected wide after he was played in by Alli. 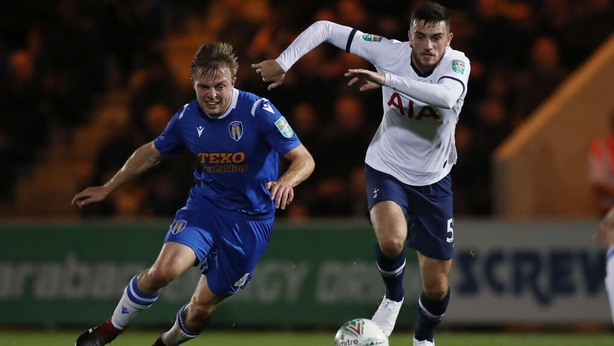 The latter, back in the side after his weekend rest, should have opened the scoring in the 18th minute after Spurs unlocked their hosts down the right, but the England international dragged his shot wide from Skipp's cross.

Spurs had almost all of the possession, but they were fairly pedestrian with the ball and it was only Moura who showed any intent or desire to break the lines.

A surging run saw him poleaxed by Spurs-supporting Colchester defender Luke Prosser and the Brazilian saw his free-kick parried by Dean Gerken, in what turned out to be the only shot on target in the first half.

Spurs were much better at the start of the second half and Parrott had another chance when he sent a near-post effort over the crossbar before Kyle Walker-Peters struck a post with a cross-shot that beat Gerken.

Walker-Peters called Gerken into action with a swerving shot that was palmed away, but the wait for a breakthrough went on.

Eventually, Pochettino was forced to send on the cavalry in the shape of Eriksen and Son Heung-min in an attempt to get the job done, but it did not reap any rewards as Colchester held firm.

As they piled bodies forward, they suddenly became open at the other end and Courtney Senior saw his name in the headlines as he closed in on goal, but he put his shot just wide.

Spurs ran out of time and it went to spot-kicks, where they were beaten.

Eriksen saw the first kick saved by Gerken, but Spurs were handed a way back into the shootout when Jevani Brown's Panenka was saved by Paulo Gazzaniga.

Moura's effort then hit the crossbar, allowing Lapslie to rifle home the winning penalty to send the home fans wild. 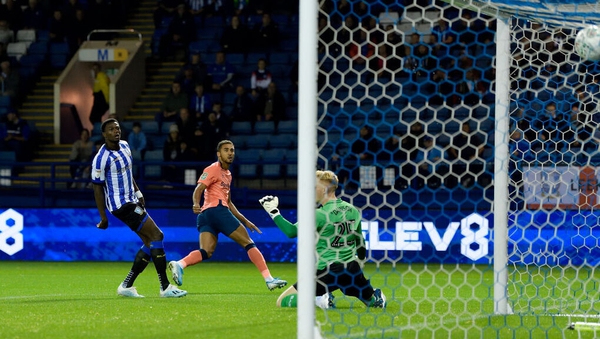