Dundalk goalkeeper Gary Rogers says his team must pick themselves up quickly for Europa League duty next week after bowing out of the Champions League in Baku.

The Airtricity League side's quest to reach the third round qualifying round of the competition ended with a 3-0 defeat away to Azerbaijani champions Qarabag, losing 4-1 on aggregate.

The gulf in class was simply too much for Vinny Perth’s team who could consider themselves very fortunate to trail 1-0 at the break, before the hosts put a gloss on the scoreline in the final quarter.

Rogers was easily the busier of the two goalkeepers on the night and in truth the Irish champions struggled to create significant goal opportunities. However he insists the team must take heart from the performance.

"When you go away from home against opposition of this quality, it's always going to be a tough night," he told RTÉ Sport.

"The huge positive is that we actually stayed in the game right up until the last 20 minutes and we had an opportunity to tie the game up. It didn’t fall for us, but we dug in there. 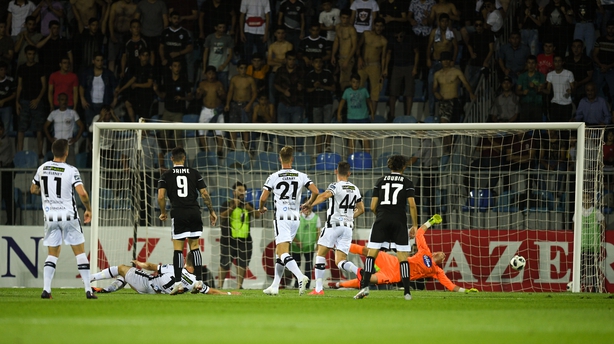 "We used all our experience to stay in the tie, but it wasn’t to be. They got the second goal and were full value for the win."

The Lilywhites have little time to lick their wounds with a third round Europa League qualifier against Slovan Bratislava to look forward to next week.

Progression there would see Dundalk take their place in a play-off for the group stages of the competition and Rogers is adamant that they harbour serious ambitions of making a name for themselves in Europe’s secondary club competition.

"We now have a massive European game to look forward to next week. The lads will be a little bit down tonight, but there is a great opportunity for us to progress into the play-off round of the Europa League. 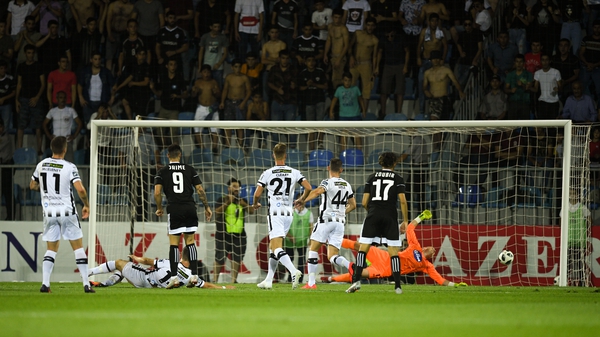