Temperatures in Armenia will be lower tomorrow but the heat is on the Republic of Ireland to get a result against France at the European Under-19 Championships and keep their ambitions of reaching the semi-finals alive.

Joe Hodge’s late equaliser meant Tom Mohan’s side picked up a 1-1 draw in their opening Group B fixture against Norway on Monday but the French will pose a tougher test.

With the top two teams from each of the two groups progressing to next week’s semis, the French can secure their place with victory at the Banants Stadium in Yerevan.

They coasted past Czech Republic 3-0 in their first match on Monday, substituting five of their main players in the final half an hour.

Mohan has justifiably branded the French as favourites to lift the trophy on Sunday week, a feat they last achieved in 2016 success with a team spearheaded by Kylian Mbappe.

At least Ireland won’t have to try shackle them in stifling heat. Temperatures soared into the nineties for Monday’s assignment against the Norwegians. The later kick, 9pm local time, will make it easier on the energy levels.

Mohan is likely to make changes for their second game in the space of four days.

Aston Villa winger Tyreik Wright returns from suspension while Festy Ebosele and Ciaran Brennan have recovered from illness. They were the worst hit of the squad by a bug that swept through the team hotel over the weekend. 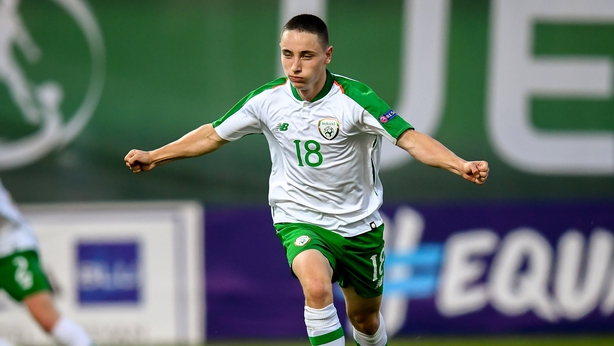 "Securing the point in our first game was crucial and now we have to build on that," declared Mohan.

"With such a quick turnaround, it showed the importance of our staff. We have an excellent medical team helping the recovery and our analysts have given us plenty of information on the French.

"Our players have been incredibly receptive to feedback. We've held teams individual meetings with them over the last two days and we all believe there’s a better performance in the team than shown against Norway."

Hodge, the 16-year-old playmaker from Manchester City, is similarly optimistic.

He is among half of the Ireland squad still eligible for next year’s tournament but wants Ireland to make the most of this opportunity at the eight-nation showpiece.

"We know that we can hurt teams," said Hodge (above). "This is a brave team that isn’t afraid of competing against the top nations.

"It’s not a cockiness. I just believe that we can work harder than all the other teams. We’ve earned the right to be here.

"This is a huge game for us, with the aim to build on the momentum gained from the second half of the Norway draw."

Ireland will complete their group on Sunday against Czech Republic. All of Ireland’s are live on RTÉ2.

Watch the Republic of Ireland v France at the UEFA European Under-19 Championships on Thursday from 5.45pm (kick-off 6pm) live on RTÉ2