Frank Kelleher has been appointed as the new manager of Cork City.

Kelleher, who played with City in the 80s, will form part of John Cotter's backroom staff.

Cotter, who now assumes the role of head coach, had been appointed as interim manager in early May, following the departure of John Caulfield.

FAI rules mean that no one without a UEFA Pro Licence can manage a club in the league for more than 60 days.

Kelleher already holds such a licence and, although Cotter is on the 2019/2020 FAI Pro Licence course, City have moved to avoid any potential hiccups with Europa League games to come.

Dundalk have a similar set-up in place, with Vinny Perth, who is also on the course with Cotter, in the position of 'head coach', while John Gill is the first-team coach. 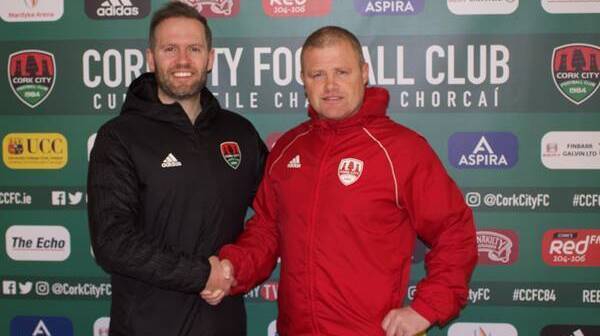