Dundalk's victory against Shamrock Rovers on Friday night edges them closer to yet another Premier Division title. Manager Vinny Perth will know that the game could have finished very differently at Tallaght, but it'll be reassuring for him that they beat the best of the rest while not playing a full tilt.

All followers of the league will want to see the Lilywhites do well in Europe, and with the first leg against Liga just nine days away, keeping their best players injury free will be the priority between now and then.

Waterford come into the game off the back of that late defeat to Bohs on Friday, and they could have done with a trip to play a side who've already scored seven goals against them this season.

Dundalk  Daniel Cleary and Dean Jarvis return from their suspensions having missed Friday's evening game. Jordan Flores misses out with a hip flexor problem and new signing Andy Boyle is ineligible until next Friday.

Waterford Zack Elbouzedi and Kevin Lynch remain sidelined while Karolis Chvedukas and Dean Walsh are also expected to miss the game through injury. Georgie Poynton returns from suspension while Dean O'Halloran is available for selection after completing a loan spell with Bray Wanderers.

John Gill (Dundalk first team coach): "It's a quick turnaround but we have a good squad. We are focused on Waterford and see how we can set up for it. It's going to be a tough game as they all are. We are at home so we want to keep this run going and hopefully we can get another three points and take it into the next one."

Alan Reynolds (Dundalk): "We were really disappointed to concede late and lose on Friday. It was a good performance and we'll take lots of positives from it and look to bring that into Monday.

"Dundalk are the champions and league leaders but we have to go and compete there. They’re an excellent team but we have quality, too; we need to make sure we’re on our game and we’ll give it a go."

Stephen Bradley insisted after Friday's defeat to Dundalk that his team are getting no luck at the moment, but results don't lie, and defeats against their two biggest rivals will sting for followers in Tallaght. Eight points behind with 42 points available means the title is probably not a realistic target at this stage for the Hoops.

Pats, on the other hand, have two wins on the bounce against the division's bottom two clubs, UCD and Finn Harps. For Harry Kenny, he'd love to get one over the club he won four League of Ireland titles, and three FAI Cups.

Both of these clubs head into Europa League action next week, and both managers will want to build some form ahead of those games against Norrköping and Brann respectively.

St Pat's Ath: The Saints will give a late fitness test to defender Dave Webster on an ankle injury, otherwise it's a full squad to select from.

Harry Kenny: "We know what to expect on Monday from Shamrock Rovers. They are a really talented team and have strengthened as well in the transfer window. We have had two tight results against them this season so we have to make our chances count. It's a Dublin derby and Richmond will have a good crowd and atmosphere so the players are looking forward to the game."

Early fears that Sligo might be drawn into a relegation tussle have been wide of the mark, but regardless, Liam Buckley won't be happy with Rovers' recent form, which has seen them win one in their last seven games.

Tonight's hosts lost to then bottom of the table Finn Harps on Friday, and they'll be looking to avoid the same fate later on.

It'd be hard not to feel for Collie O'Neill. When he had his full squad, the Students were competitive, and picked up ten points in a seven game spell earlier in the season. But rumblings of departures were realised last week, when Neil Farrugia and captain Gary O'Neill both signed for Shamrock Rovers.

O'Neill was only able to name four players on the bench for Friday's game with Pats. Can the Students pick up more points this season?

Sligo: Regan Donelon and Ronan Coughlan trained yesterday and could feature. They will be assessed later, as will Daryl Fordyce. Sam Warde is is ineligible as his permanent transfer can only go through today and clearance will not arrive in time.

Liam Buckey (Sligo manager): "It was very poor last Friday. We needed better drive, better dynamism, better work-rate. If you don't have those things in this league you will get turned over and we got turned over. Results elsewhere meant it was a defeat that hurt us in the table as well."

This is a clash of two in-form teams, with Bohs taking nine points from nine recently in the league. Derry have seven points in the same period, but their record against the Gypsies this season is poor.

Keith Long will have eyes on a second place finish, and they've now closed to within four points of Shamrock Rovers, who currently occupy that spot.

This is Derry's last away game until the last week of the month, so a good result here would set them up nicely for a mid-season run.

Finn Harps moved off the bottom of the table on Friday night with a victory over Sligo Rovers, and Ollie Horgan will know that they've a great chance of pulling away from the automatic relegation spot, with UCD looking in trouble.

The up-turn in form that City managed following John Cotter's appointment as interim manager seems to have dissipated somewhat, and Finn Park has been the location of all of Harps wins so far this season.

A 2-0 win for Finn Harps over Sligo Rovers lifts the hosts off the bottom of the table. #LOI #GreatestLeagueInTheWorld pic.twitter.com/pBEjWVtKNY

New manager Frank Kelleher will join up with Cork after the game, as the club moved to avoid any complications ahead of their European exploits over the next few weeks.

Cork City: Cian Bargary, Cian Murphy, Shane Griffin, and Pierce Phillips all miss out through injury, while Dáire O'Connor misses out through suspension.

Ollie Horgan (Finn Harps manager): "Cork will be a big test for us. That defeat at home against Derry will have  been a big blow to them and they will come to Finn Park determined to get the win. It was great to get three points against Sligo on Friday but none of us are getting carried away with that result. We'll need a decent run in the second half of the season to be in with any chance of staying up."

John Cotter (Cork head coach): "We have been up there a number of times over the last few years and we have nearly always come away with one nils. This year was a high scoring affair, but it was a game that was in the balance right to the end. We are under no illusions that it will be a tough game." 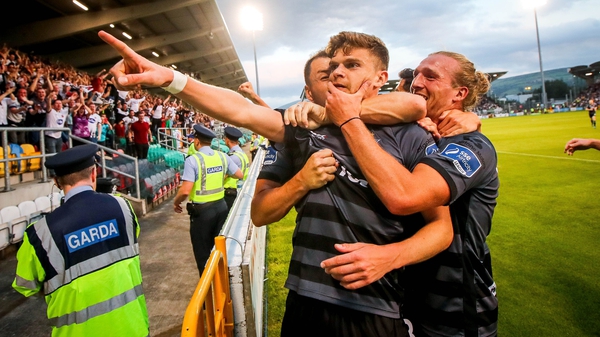