Goalkeeper Mark Travers will have to wait for his international debut after a hand injury has ruled him out of Euro 2020 qualifier double header against Denmark and Gibraltar.

The 20-year-old Bournemouth shot stopper sustained a hand injury during the Republic of Ireland’s training camp in Portugal and after medical treatment and an x-ray, it was decided he would return to his club for further assessment.

Republic of Ireland manager Mick McCarthy is assessing his goalkeeping options after Mark Travers left the squad following an injury sustained during the training camp in Portugal.

Travers suffered a hand injury and, after undergoing medical treatment and having an x-ray, it was decided that the AFC Bournemouth player should be released in order to let it heal.

"It is an injury that Alan Kelly [goalkeeping coach] and the Doc [Alan Byrne] has never seen...he's got a displaced fracture of his thumb," manager Mick McCarthy told FAI TV.

"It's really sad for us because he's a great lad to have around the place and a good goalkeeper, but he's got to go back and get it repaired if he wants to be ready for the start of the [Premier League] season."

Travers earlier this week spoke of the positive mood in the camp and his ambition to impress management. 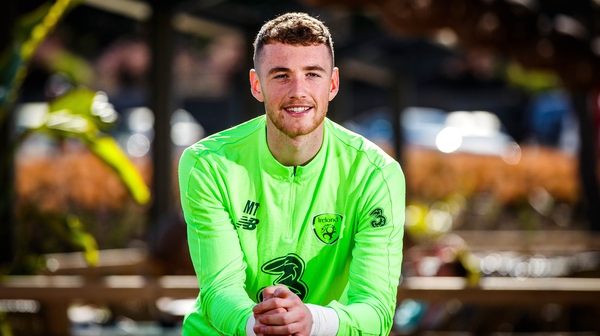