Success in recent years for Dundalk has been built on hard work and no little skill, but manager John Gill says he was more than happy for the Lilywhites to enjoy a slice of fortune in their return to the league summit.

The champions moved ominously to the top of the SSE Airtricity League Premier Division table for the first time this season as goals in each half from Georgie Kelly and Sean Hoare ensured a 2-0 victory over Bohemians at Dalymount Park.

The win, their sixth in seven games, edges the Lilywhites to the top of the standings above Shamrock Rovers on goal difference.

The boss says that his side rode their luck in a game that could have swung either way.

"Bohs are a good side, they make you work really hard," he told RTÉ Sport. "That’s what we had to do. We probably got the rub of the green a little bit.

Watch highlights of all the games from this weekend on @RTE2  this Monday at 7.30pm pic.twitter.com/K0qYhf6f47

"We took our chances when they came. I think Gary Rodgers’ save in the first half was a game changer. It was a magnificent save. If they had scored, their dander would have been up. We’re really pleased to have got the three points."

Gill conceded that the penalty call that went in their favour was the wrong call, with justice perhaps served when Chris Shields was parried away by goalkeeper James Talbot.

In Pat Hoban’s absence, Shields says the player deserved his opportunity from the spot.

"We practiced the day before in training and he was the one that looked the best. He felt confident. 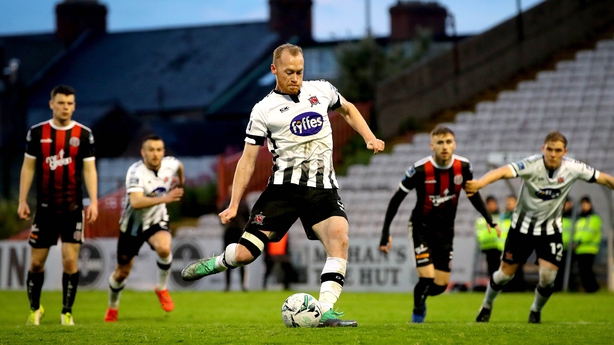 "It wasn’t a penalty, but you take them when you get them."

Sixteen games into the season and the champions are hitting form at the right time after a sluggish start. Despite coming out of the traps slow this term, Gill is adamant there was never any panic within the club.

"Three weeks ago we were 13 points behind and people were nearly handing Rovers the title. It’s going to go right to the wire this title run. We will take it one game at time.

"When we play to our potential, we are a match for anyone." 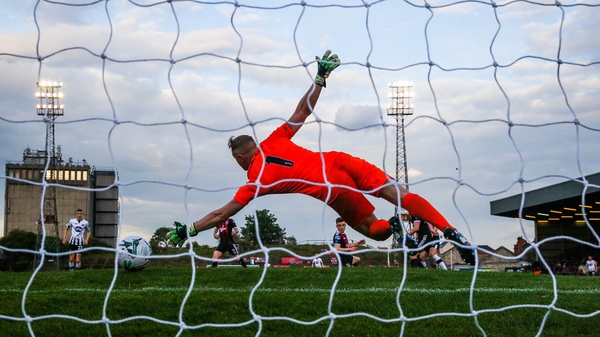 Dundalk dispose of Bohs to top the table