Former Liverpool and Ireland striker John Aldridge believes that Liverpool’s Champions League semi-final fightback against Barcelona is the best in the club’s history.

Liverpool trailed 3-0 going into the second-leg, however a remarkable 4-0 victory over the Catalan giants saw Jurgen Klopp’s side book their place in the final.

Aldridge, who scored 50 goals for Liverpool and won the league and FA Cup during his time as a player at Anfield, hailed it as one of the club’s best ever nights.

"I’ve still got to pinch myself," he said speaking on Today with Sean O'Rourke on RTÉ Radio One.

"I’ve been going to Anfield now since the mid-60s and I’ve seen some unbelievable nights: Dortmund, St Etienne in ’77, but last night you’re talking about Barcelona.

"Barcelona are probably one of the top teams on the planet, to turn around a 3-0 deficit in the manner that Liverpool did, with two of their most inspirational players in Firmino and Salah out... Two lads who have been on the bench all season in [Xherdan] Shaqiri and Divock Origi and we win 4-0, it’s madness, it’s absolute madness.

"There’s something about Anfield, and it’s not corny what I’m saying, but when the chips are down, time after time they’ve come back and done remarkable achievements. But last night was the best. It has to be the best in history." 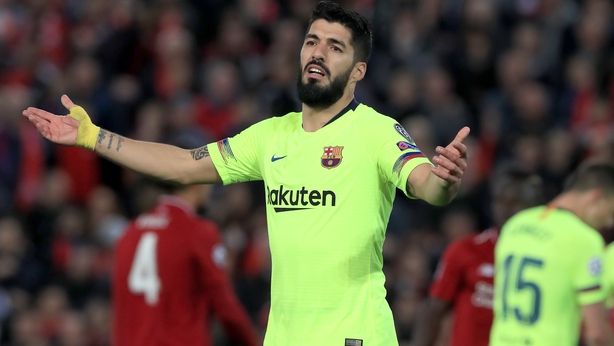 Aldridge also took pleasure in seeing former Liverpool player Luis Suarez on the losing side of the semi-final.

The former Ireland international has scant regard for Suarez and in his newspaper column called him a ‘rat’ for his antics in the first leg, an insult he echoed in the wake of Liverpool’s semi-final triumph.

"From a personal point of view, when everybody was watching celebrations at the end I just watched the sole figure of Luis Suarez going down that little hole the way that maybe rats do at certain times.

"I got a lot of joy watching him walking down and no-one going anywhere near him.

"His antics in Barcelona, and a couple of times last night, he disrespected the club who looked after him massively when the world was against him.

"That really pleased me. Some people get what they deserve and he got what he deserved."