Liverpool produced a stunning performance at Anfield to qualify for their second Champions League final in a row, beating Barcelona 4-0 on the night, and 4-3 on aggregate.

Divock Origi and Georginio Wijnaldum scored two apiece as the La Liga winners crumbled in spectacular style, the second season in succession that Barcelona have blown a three-goal first-leg lead in the competition.

The Reds, still in the Premier League hunt, will meet Tottenham or Ajax, who hold a 1-0 lead ahead of tomorrow's semi-final, in the final in Madrid next month.

Liverpool become only the third team in the history of the European Cup or Champions League to come from three goals down after the first leg of a semi-final and progress after Panathinaikos in 1970-71 and Barcelona themselves in 1985-86.

For Barca, who went out to on away goals to AS Roma in the quarter-finals last year after winning the first-leg 4-1, it was a bitter night that will raise many questions for coach Ernesto Valverde.

Lionel Messi, whose two goals in the first leg had given his team a seemingly comfortable advantage, was unable to make his influence on the game count with an away goal that would have been decisive.

The question is: 'Who scored Liverpool's opener against Barcelona?'
Divock Origi pounces after Ter Stegen does not do enough #rtesoccer #ucl #livbarhttps://t.co/l6o7p6OzqK pic.twitter.com/5RNiqxrs07

Liverpool, without injured strikers Mohamed Salah and Roberto Firmino, took a seventh-minute lead when a poor headed clearance from Jordi Alba fell at the feet of Jordan Henderson, who burst goalwards.

His low shot was parried out by Barca keeper Marc-Andre ter Stegen but straight to Origi who slotted home.

The game took a remarkable turn following the introduction of Liverpool midfielder Wijnaldum at the break.

The Dutchman drove home a low cross from Trent Alexander-Arnold, which Barca keeper Ter Stegen should have saved, to make it 2-0.

Minutes later Wijnaldum rose to meet a Xherdan Shaqiri cross with a powerful header to make it 3-3 on aggregate.

Liverpool then grabbed an extraordinary fourth goal with a quickly-taken corner from Alexander-Arnold, catching the Barca defence asleep with a low ball that was turned in at the near post by Origi.

That sent Anfield wild but then Klopp's side suddenly found themselves needing to switch mindset and defend a lead as Barca slipped, belatedly, into their trademark possession game.

Yet with Virgil Van Dijk and Joel Matip outstanding in the centre of defence and Brazilian Fabinho making some crucial interventions in midfield, Liverpool held on for one of their most famous wins.

Klopp's side, who lost to Real Madrid in last year's final in Kiev, remain in with a chance of a double triumph as they head into Sunday's final round of Premier League games trailing leaders Manchester City by just a point.

Wait for Ter Stegen's clap... he had no idea what Alexander Arnold and Origi had in store.

Wijnaldum said the Liverpool players had the belief they could come back in the tie despite the first leg scoreline.

He told BT Sport: "Unbelievable. After the game in Spain, we were confident we could score four at home.

"Once again we showed that everything is possible in football. I was really angry at the manager that he put me on the bench but I had to do something to help the team when I came on.

"We believe it from the start. People from outside (the club) they thought it was not possible but we still managed to do this."

Henderson admitted the players had expected a difficult game with most people having written them off. 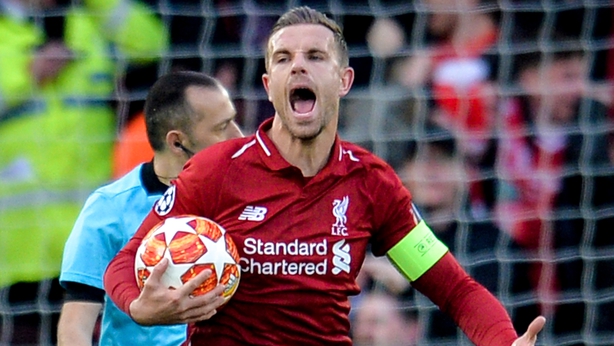 He said: "I don't think many people gave us a chance. We knew that it would be difficult but it was still possible for us.

"The belief we've got in the changing room. At Anfield, we knew we could put on something special.

"We wanted to start fast, we got an early goal which helped. We knew that if we gave everything, showed a bit of personality, a bit of heart (we could win)."

Alexander-Arnold said of his quick thinking which led to the decisive fourth goal: "I think it was just instinctive. It was one of those moments where you see the opportunity."

Origi paid tribute to his team-mates and also the fans who created the atmosphere on which Liverpool thrived.

He said: "I think it was more about the team. We fought so hard. We fought until the end. It shows we have a good mix of talent and hard work."

Asked to comment on the passion shown by the fans, he added: "It's just special, you can feel it, you can hear it."

Manager Klopp was almost lost for words as he tried to express his feelings.

He said: "The whole game. The whole performance was too much. It was overwhelming. I watched in my life so many football games but I can't remember many like this.

"Winning is already difficult but winning with a clean sheet I don't know how the boys did it.

"I saw James Milner crying after the game on the pitch, it means so much to all of us.

"There are more important things in the world but creating this kind of atmosphere is so special." 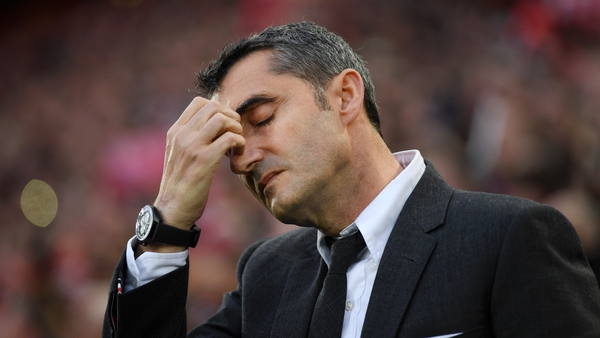 Valverde: We're blown away - it's terrible