Four points off league leaders Shamrock Rovers with a game in hand, it’s little wonder the Bohemians fans were chanting ‘we’re going to win the league’ after their latest win, this time away at Derry City.

After a sluggish opening 45 minutes last night, goals from Danny Mandroiu and Dinny Corcoran after the break sealed a 2-0 win at the Ryan McBride Brandywell.

The win moves Bohs six points clear of the Candystripes, but more importantly, keeps them in the hunt for an unlikely league title.

"We started the game well. Derry came into it after 10, 15 minutes and it was evenly balanced by half-time. We were a bit flat," manager Keith Long said afterwards.

"I pointed one or two things out at half-time and the response was really good." 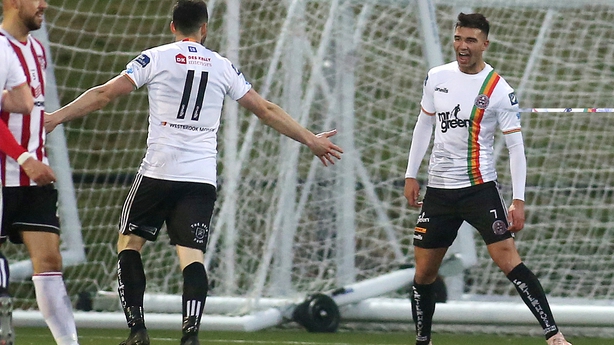 For the second successive game, Long made eight changes in personnel. The strength of the part-time squad has been tested, but with the games coming thick and fast, the manager says there is little alternative other than to adopt the approach he has.

"We have to trust in the players we have. You always take a chance when you make the amount of chances we did.

"We had an advantage because we rested eight players. It enabled us to be a bit fresher, especially as the game went on."

"We have done okay so far. It’s about how best we recover now"

They welcome a struggling Cork City outfit to Dalymount Park on Friday night, but Long isn’t getting carried away by their lofty position just yet.

"We are 14 games in now. We have done okay so far. It’s about how best we recover now. We have to focus on the game against Cork on Friday.

"We will have a couple of days off to get the recovery going, but we are pleased with how things are going." 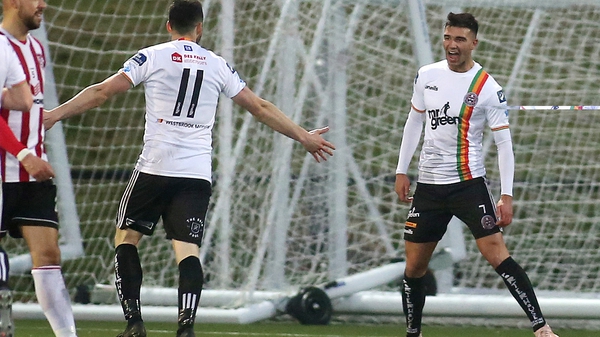 Mandroiu and Corcoran on the mark as Bohemians win in Derry