Manchester City boss Pep Guardiola has hit back at suggestions from his Manchester United counterpart Ole Gunnar Solskjaer that he might condone 'tactical fouling'.

The United manager said he expected City to "snap at their heels" and foul his side in Wednesday's crunch Premier League derby at Old Trafford.

Solskjaer is not the first United boss to have claimed City might strategically foul opponents high up the pitch to prevent counter-attacks, with his predecessor Jose Mourinho having mentioned it last season.

"When we win it we have got to be ready for their aggression because they will snap at your ankles and heels and kick you," Solskjaer said at his pre-match press conference.

"They will not allow us easy counter-attacking. There will be fouls, no doubt about it."

Guardiola reacted with surprise when this was mentioned at his own media briefing. "Did he say that?" the Spaniard asked. "I never prepare a game in 10 seasons as a manager thinking about these kind of things, never.

"The players can talk about it better than me, the players I had at Barcelona, Bayern Munich and here.

"I know exactly what I said to my players from day one to the last day. When a player wants to attack, we have to be honest.

"Of course there is contact, there are fouls, but when it happens (it is because) you arrive late and that is why there are referees, to make yellow cards or red cards or whatever they decide.

"I prepare to do our own game, that is what I want, knowing of course the opponent, but I never said I'm going to do that to punish them or cancel them (by) making fouls. Never." 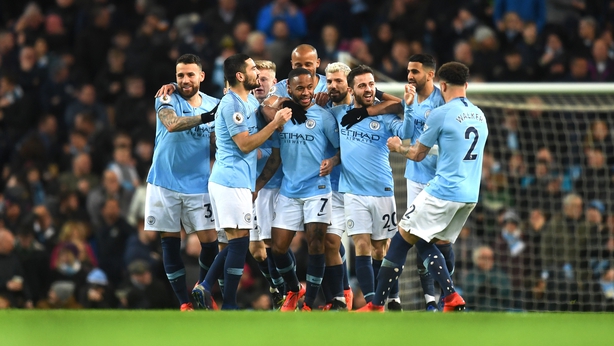 Guardiola was asked if he thought comments such as Solskjaer's could influence the referee.

"That's the reason why, of course," he said.

Guardiola also claimed that with an "average of 65 or 70%" possession City do not commit many fouls.

According to Premier League statistics, United have committed 190 fouls in the opponents' half this season compared to 170 for City. United have accumulated 64 yellow cards and four red, against 38 and one for City respectively.

On the subject of yellow cards, Solskjaer felt City's fouls do not attract as much attention because they are often high up the pitch.

The Norwegian said: "You don't get the yellow cards, do you? But that's just because they commit so many players forward and you can clearly see that they've got them in that mould of trying to win the ball back, and they do make fouls.

"It's up to us to play through that press, be ready enough, play one and two-touch, don't give them time... It's not my decision, it's the referee's responsibility to do that."