Manchester United manager Ole Gunnar Solskjaer has warned his players to expect an aggressive Manchester City side to be "snapping at their heels" and fouling them in Wednesday's derby.

The two sides will meet in a high-stakes clash at Old Trafford, with City locked in a tight Premier League title race with Liverpool and United scrapping to get into the top four.

City have previously been accused of 'tactical fouling' to prevent counter-attacks when they are pressing high up the pitch, and Solskjaer expects to see that on Wednesday.

"We have got to be ready for the press and the quality they have got on the ball," he said.

"When we win it we have got to be ready for their aggression because they will snap at your ankles and heels and kick you.

"They will not allow us easy counter-attacking. There will be fouls, no doubt about it."

United go into the match on the back of a humbling 4-0 loss at Everton on Sunday, a sixth defeat in eight which led to questions over whether Solskjaer is indeed the right man for the Old Trafford job.

The Norwegian won 14 of 19 games while in a caretaker role, but has overseen four defeats in six since taking the job permanently. 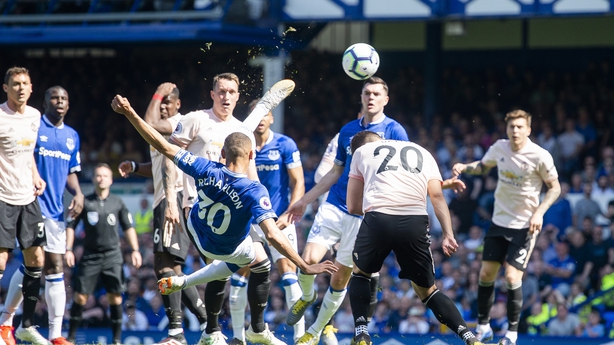 Asked if he could turn it around, Solskjaer said: "I would like to to say yes. It's not down to me to say that but I'm confident in my team and I'm ready to take on the challenge.

"I know it's a big challenge, that's why I came in when I came in."

A big summer of rebuilding awaits but Solskjaer said he could be trusted to make the right calls on United players.

Solskjaer had questioned his players' attitudes immediately after Sunday's game but adopted a more balanced tone on Tuesday.

"Now is not the time to be making wholesale changes in the squad," he said. "We've been doing great. Only City and Liverpool have taken more points than us in the last 18 games and that's a great effort by the boys.

"We were where we were when we came in and we've given it a real go. You see lots of the Manchester United standards and DNA in many of these players.

Given the problems exposed at Goodison Park, Solskjaer said there was no one he would rather be facing than City on Wednesday.

"It was the best game we could ask for now," he said. "The players are hurting. We had a meeting after the game and you can see all the players were really hurt by that performance and the City game is perfect. There is no hiding place on the pitch."