Kevin De Bruyne and Leroy Sane struck as Manchester City returned to the top of the Premier League with a comfortable 2-0 win over relegation-threatened Cardiff.

The quadruple-chasing champions were hardly tested by their lacklustre visitors and eased to victory with goals early and late in the first half.

The result lifted Pep Guardiola's side a point above Liverpool with both teams having six games to play. Cardiff's situation, by contrast, is perilous. The Bluebirds are now five points adrift of safety with no games in hand on any of their relegation rivals.

Neil Warnock's men were unable to rouse themselves again after their battling - and controversial - loss to Chelsea at the weekend, even against a City side showing seven changes.

City, with Saturday's FA Cup semi-final in mind, left the likes of Raheem Sterling, David Silva and Bernardo Silva on the bench but were still far too strong.

Phil Foden made his long-awaited first Premier League start and he went close to scoring on a number of occasions in a strong showing.

The tone was set with just over 30 seconds gone as De Bruyne weaved into the area and squared across goal but Gabriel Jesus was unable to convert.

Riyad Mahrez threatened with a low shot that took a deflection off Bruno Ecuele Manga but Neil Etheridge saved. 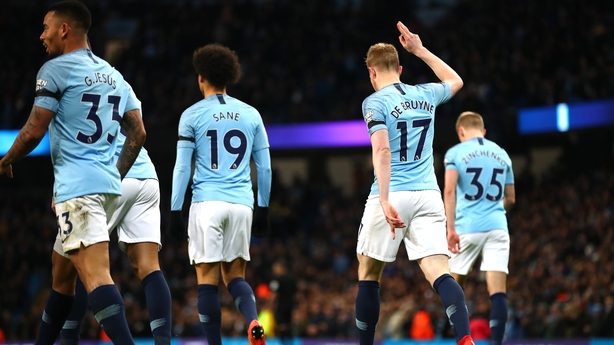 It came as no surprise when City took the lead after six minutes. Aymeric Laporte played in De Bruyne with a well-weighted ball and the Belgian brilliantly fired home from a tight angle, with Etheridge's positioning questionable.

Cardiff could offer little in response. Sane shot at Etheridge from a free-kick and Jesus lifted an effort over. Foden also missed the target from the edge of the box and Ecuele Manga got a foot in to deny Jesus a tap-in.

City's only setback came when Oleksandr Zinchenko was forced off with a hamstring injury, prompting a reshuffle with Kyle Walker - whom Pep Guardiola had hoped to rest - coming on.

Sane sent another free-kick over and Jesus was denied by Etheridge from close range before City doubled their lead just before half-time. Jesus chested down from a corner and Sane struck a firm shot across goal into the bottom corner.

Foden went close to adding a third after the break following a fine pass from Fernandinho but Etheridge smothered his effort.

The chances continued to come without the hosts even needing to extend themselves. Mahrez twice forced saves out of Etheridge, who also beat away a Sane strike. Sean Morrison almost turned into his own net stretching to cut out a cross from De Bruyne, who also sent a piledriver wide.

Foden then struck the post and brought another fine save from Etheridge.

Oumar Niasse might have claimed a late breakaway consolation for Cardiff but took a clumsy touch as Ederson came out to meet him just inside the box. 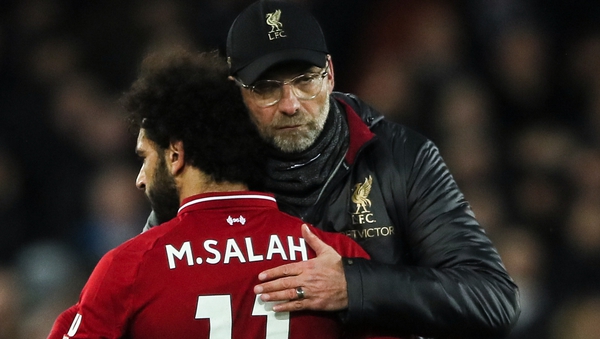