Maurizio Sarri says the fun returned for Chelsea after a penalty shootout success over rivals Tottenham saw the Blues progress to the Carabao Cup final with Manchester City.

Sarri criticised his players' poor performance at Arsenal and singled out Eden Hazard as "not a leader" on the eve of the semi-final second leg with Spurs at Stamford Bridge.

Chelsea overturned a first-leg deficit as N'Golo Kante and Hazard struck in the first half, but Fernando Llorente's header forced penalties, with the tie ending 2-2 on aggregate.

Eric Dier fired over and Lucas Moura's effort was saved by Kepa Arrizabalaga, before David Luiz kept his composure in a 4-2 shootout success as the Chelsea players answered Sarri's public rebuke with a fine performance.

"I think the last three, four matches we had a problem," Sarri said.

"Now, with the performance, with the result, we can find again enthusiasm. So it's very important." 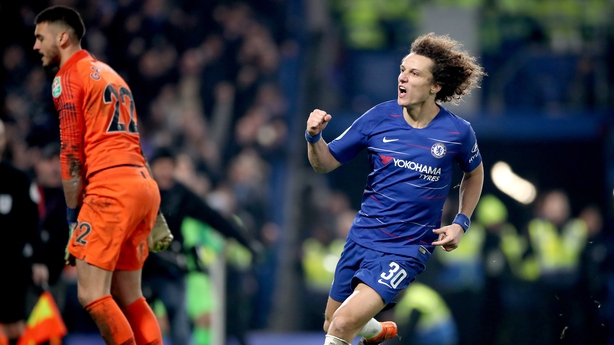 Hazard told Sky Sports: "To be fair I don't care - I just play my football and it doesn't matter what the manager says.

"I'm always focused on this team and I just want to do my best for this team, and today I did."

Sarri enjoyed the performance of Hazard, who relished being freed from the 'false nine' role he had occupied of late.

The Italian downplayed the impact of Hazard's positional switch. 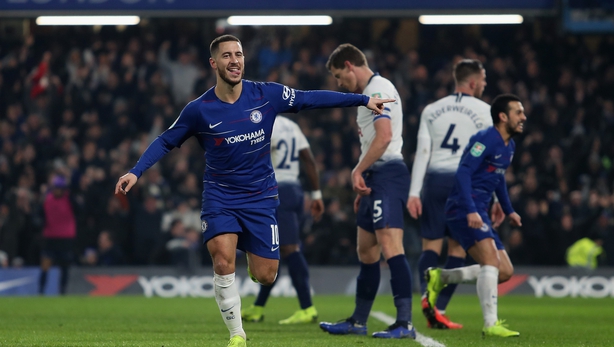 The 60-year-old again denied attacking his players - "I only said we had a problem," he said - and insisted he would have been happy even if Chelsea had not advanced to the February 24 final at Wembley.

"I was really very happy with the performance before the penalties," he said.

"In that moment for me the result was not important."

Chelsea, with new signing Gonzalo Higuain watching on, were transformed from the side which lost at Arsenal.

Luiz told Sky Sports: "The reaction of this team and the spirit of this team - I'm so happy because of that."

Sarri now wants consistency, adding: "The reaction was really very good, but I think we need to have motivation with continuity now."

Sarri has the chance of a first trophy of his managerial career, but he said Sunday's FA Cup fourth-round tie with Sheffield Wednesday and the subsequent Premier League clash at Bournemouth were more important, for now.

Pochettino, though, took pride in a performance which came in the absence of injured duo Harry Kane and Dele Alli, and Son Heung-min, who is on international duty with South Korea.

"I told the players that the way we came back after the first half, it was one of the best games we played," Pochettino said.

"We enjoyed the game, scored and had a few chances more. With all the circumstances, to get to penalties... all I can say is I'm proud of my players."

Dier scored the decisive penalty for England in the World Cup last-16 shootout with Colombia.

Pochettino said: "Anyone can miss who takes the responsibility to shoot. For me, it's not a problem."