Declan Rice says that a decision on his international future is imminent.

Rice has won three senior caps for the Republic of Ireland, having also worn the green jersey at underage level, but he remains eligible to play for England, the country of his birth.

Owing to the fact his Ireland caps came in friendly games, he isn’t tied to the Boys in Green and England manager Gareth Southgate has spoken to him about coming on board with the Three Lions.

Rice, who has been one of West Ham’s more consistent performers in a patchy Premier League campaign so far, was preoccupied recently as he nailed down a new contract with the Hammers.

But, with that out of the way he says he is ready to make a call on his international future, though he continues to play his cards close to his chest. 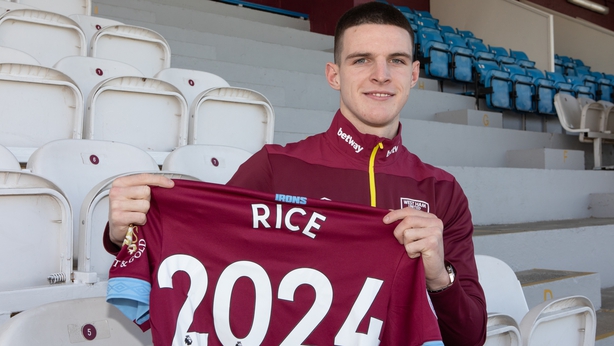 "I’ve always been good at handling stuff mentally. I knew the new contract would happen. It was a long wait but I was aware that, if I started thinking about it too much, it would distract me," he said, speaking to London’s Evening Standard.

"We were playing vital games and you just can’t let stuff like that distract you.

"I knew by playing in all the games and doing well that something had to give and the contract would come and I was delighted to sign it.

"I saw other clubs mentioned but it would have been disrespectful of me to have considered leaving West Ham and my team-mates. My intentions were always to stay here and I feel this is the best place for me.

"There was so much going on earlier in the season but now most of that has been sorted, so I will make a decision soon"

"With regard to my international future, myself, my dad and my brother [Connor] have talked with Ireland coach Mick McCarthy and I’ve also spoken to Gareth Southgate.

"They’ve both said that whenever I’m ready, it’s up to me to make a decision. There was so much going on earlier in the season but now most of that has been sorted, so I will make a decision soon."