Liverpool manager Jurgen Klopp insists he is not "an idiot" and is taking nothing for granted despite their nine-point lead at the top of the table.

A devastating 5-1 win over Arsenal, coupled with Tottenham losing 3-1 at home to Wolves, extended the Reds' advantage at the top.

Third-placed Manchester City have the chance to cut their 10-point deficit with a win at Southampton on Sunday before they host Klopp's side on Thursday in a game they arguably have to win.

Despite extending their unbeaten start to 20 matches the Liverpool manager is not getting ahead of himself.

"I would really love that we switch and you all come here and I come there," he said when asked about their nine-point cushion.

"In our case, by the way, tomorrow it (the gap) will be seven and when we play against Man City it could be four. It's possible. 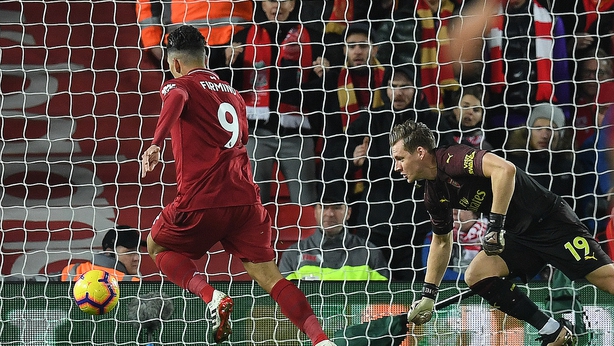 "I'm not the smartest person in the world but I'm really not an idiot - not always, at least.

"It's absolutely not important how many points you are ahead in December, even in the end of December."

Klopp has so far done a good job of keeping a lid on title talk, but with the tide turning further in his side's favour this weekend he knows if will be more difficult - especially if they get a result at the Etihad Stadium.

He insists knowing the Tottenham result before they kicked off at Anfield made no difference.

"Before the game we heard because it was on all the screens about the result of Tottenham. Did you think the party started already?" he added.

"I didn't see a smile on any faces in the dressing room. Just see it (the result) and then go on.

"In the moment it feels like a marathon what we are running. Before the marathon: the weather is brilliant, new trainers, new shirt, new everything.

Liverpool responded brilliantly to conceding only their eighth league goal of the season when Ainsley Maitland-Niles opened the scoring in the 11th minute. 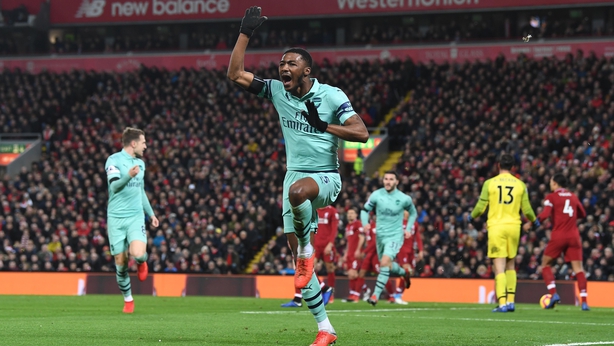 They scored four goals in just over half-an-hour through Roberto Firmino (two), Sadio Mane and a Mohamed Salah penalty before Firmino completed his hat-trick with another spot-kick after the break.

"2018 ends with a Christmas present from Mo Salah. I love it, the gesture, giving the ball to Bobby so he can score a hat-trick," said Klopp.

"In the moment I was not too happy because in training Bobby doesn't finish with penalties too often, to be honest, but obviously today it was his day and absolutely OK.

"It worked so it was one of the nicest things I ever saw in my life. I don't know a lot of players who would do that. So far, the gesture of the season."

"After our goal they pushed and when they push here they play with determination," he said.

"This is a difficult moment for us, it was a bad experience for us.

"But from a bad experience you must learn. Two penalties were a lot for us to take. VAR will help referees to make better decisions."

Asked what he thought of the award of two spot-kicks he added: "It wouldn't change the score, Liverpool deservedly won." 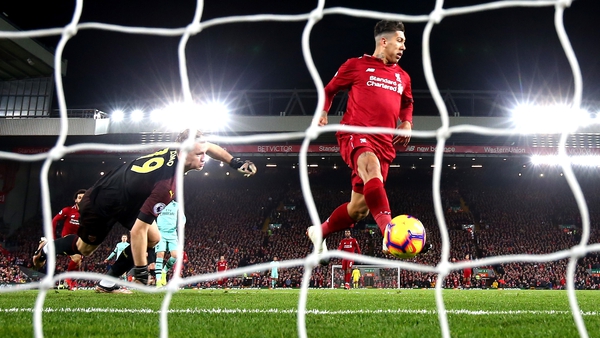