Brendan Rodgers hailed his Celtic players after they won through to the knockout stage of the Europa League despite a 2-1 defeat by Salzburg at Parkhead.

The Hoops needed only a point to make sure they joined the already-qualified Austrian outfit in the last 32 but found themselves 2-0 down in the second half through goals from Munas Dabbur and Fredrik Gulbrandsen.

Hoops substitute Olivier Ntcham scored at the second attempt from a penalty in added time but it was RB Leipzig's unlikely 1-1 draw with bottom side Rosenborg - thanks to a late goal by Tore Reginiussen -  which meant the Scottish champions held on to second spot in Group B, two points ahead of the German outfit, to go into Monday's draw.

Rodgers said: "First, a huge congratulations to my players.

"This campaign was over six games,  so to finish in a really tough group with nine points and qualify is a huge achievement.

"Of course in the game tonight, the best team won tonight, Salzburg were good, dynamic, sharp, with some really good players.

"I am so happy for the players, so many games and to step up and get that reward at the end of it and qualify is a great achievement for them"

"We didn't play well but we showed over the six games that we can play well and played well in enough of the game to get the points in a very tough group.

"I am so happy for the players, so many games and to step up and get that reward at the end of it and qualify is a great achievement for them.

"You have two Champions League teams in Salzburg and Leipzig, the investment, everything that goes into their organisation which is based to succeed. 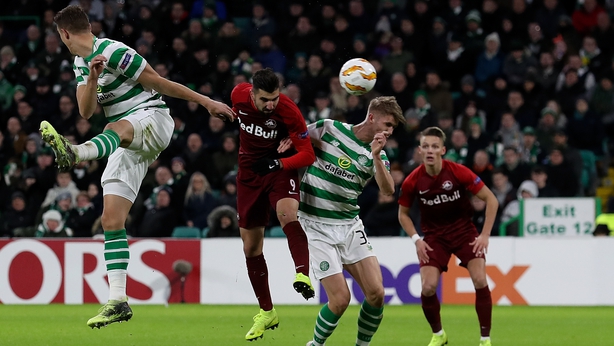 "So for us to come out on top against a high-ranking team from one of the top European leagues, Leipzig,  is another big step in the progress of our players.

"There is still so much for them to learn and improve but year on year they are getting better and better and like I say, to qualify for the last 32 is a brilliant achievement for us.

"We will look forward to the draw. I am sure it will be a tough team." 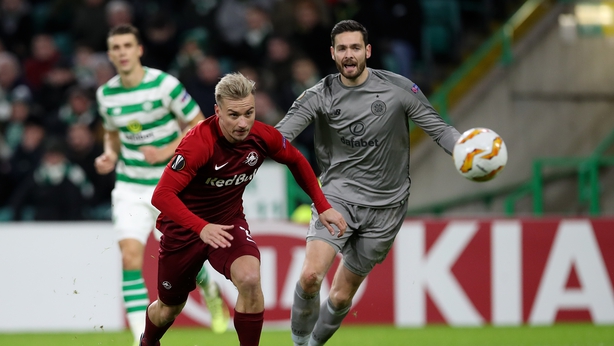 Rodgers refused to criticise Craig Gordon, whose attempted throw out was blocked by Gulbrandsen who had the easiest task of knocking the ball into the net despite the Parkhead keeper's best efforts to get back.

He said: "The second one can happen.

"Craig made some really good saves. Yes, he makes a mistake but that's OK, sometimes that happens for a goalkeeper."

Midfielder Ryan Christie was taken from the field on a stretcher early in the second half, to be replaced  by Ntcham.

Rodgers said: "I am not sure about Ryan. It looked a sore one. He was on crutches, we will see how it is."

Salzburg boss Marco Rose, whose side won all six Group B matches and who remain unbeaten this season, said: "Overall I am very satisfied with 90 minutes and very proud of my players." 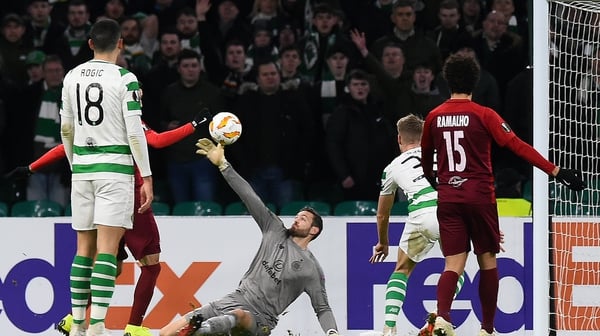